The Railway Minister said that bookings will also resume at counters at specific stations over the next two to three days. 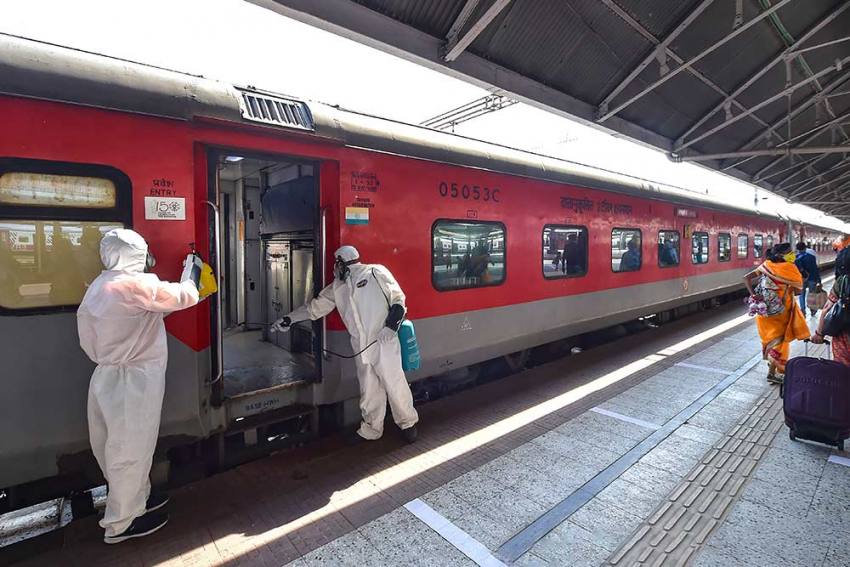 Railway Minister Piyush Goyal on Thursday said booking of train tickets will resume at around 1.7 lakh common service centres across the country from Friday.

Common Service Centres are physical facilities for delivering e-services of the government at rural and remote locations where availability of computers and internet is negligible or absent.

The minister also said that bookings will also resume at counters at specific stations over the next two to three days.

"We are developing a protocol to identify the stations...we will also soon announce the resumption of more trains," Goyal said during a conversation with his party colleague and BJP spokesperson Sambit Patra.

The Railway Minister also praised Uttar Pradesh chief minister Yogi Adityanath and Gujarat chief minister Vijay Rupani for their cooperation with the railways in running the Shramik Special trains and criticised West Bengal and Jharkhand for their non-cooperation.

Goyal also said within 2.5 hours of opening bookings for the 100 pairs of special trains that will run from June 1, 4 lakh passengers have booked  tickets. People have also started reverse bookings to come back to work, he said.