Though the locals have alleged that the incident occurred due to negligence, the officials have denied it. 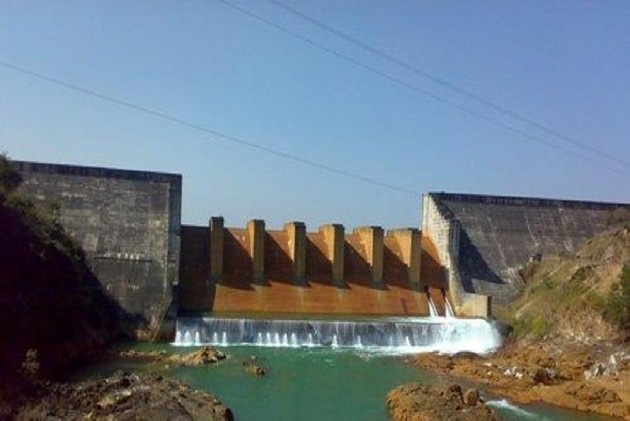 The four trapped employees of state-run North Eastern Electric Power Corporation (NEEPCO) are yet to be traced, 36 hours after water surrounded them, following the burst at a pipe carrying water to a hydro-power plant in Assam's Dima Hasao district, on Wednesday.

The incident took place in the wee hours on Monday, according to sources.

The NEEPCO authorities said the expert rescue workers from Bhakra-Nangal Dam and NHPC are on their way to the spot at Umrangso which is about 200 kilometres on road from Guwahati.

“It’s a very difficult situation and to tackle this, we need experts who are armed with equipment. The expert teams from Bhakra-Nangal Dam and NHPC are arriving soon. The full efforts are on from our side,” said NEEPCO CMD Vinod Kumar Singh on Wednesday.

The four employees including three staffers identified as Robert Baite, Prem Pal Balmiki, and Joy Sing Timung were working at the powerhouse when the inundation took place.

Though the locals have alleged that the incident occurred due to negligence, the officials have denied it.

“It’s an unfortunate incident. This is a pure case of an accident. There is no issue of negligence here. Some people, who are not aware of the technicalities, are saying like that. We have carried out all the necessary steps. In spite of taking all the precautionary measures, it happened,” Singh said.

Assam State Disaster Management Authority's District Project Officer, Riki Phukan said that the NDRF team have arrived at the spot but failed to carry out search and rescue operations as the water level in the project site is very high.

“They are trying to reduce the water level," Phukan said.

Following the incident, the NEEPCO opened all the gates of the reservoir to release excess water and reduce the pressure.

Located on the Kopili river in Dima Hasao, the Kopili Hydro Electric Project was the maiden venture of NEEPCO when it came into existence in 1976.