The entry of Mamata Banerjee-led Trinamool Congress in Goa ahead of the ensuing Assembly elections jazzed up the colourful politics of the coastal state during the year. 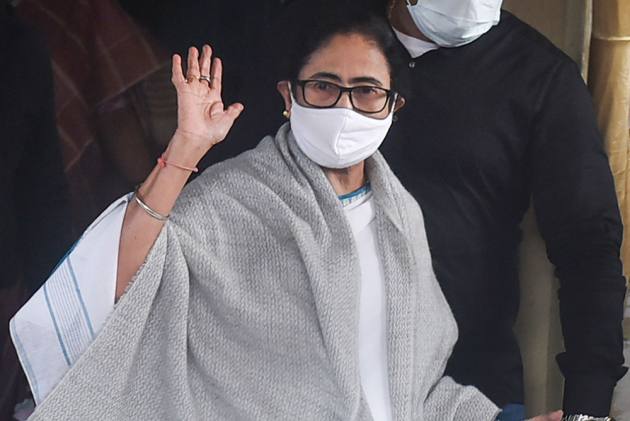 The Arvind Kejriwal-led Aam Aadmi Party (AAP) is also vying to dethrone ruling BJP in the state and has embarked on a campaign to repeat its performance in Delhi Assembly elections.

Elections to the 40-member Goa Assembly are due in two months. Recent visits by Banerjee, Kejriwal and Prime Minister Narendra Modi heated up things in the otherwise “susegad” (derived from Portuguese word sossegado, meaning quiet) atmosphere in the small state.

The fag end of the year witnessed a series of resignations by MLAs switching political affiliations ahead of the Assembly elections. The strength of the Assembly was reduced to 34 as six MLAs quit recently.

After emerging as the single largest party in 2017 Assembly polls by winning 17 seats, the decline of the Congress, which now has just two MLAs, has baffled political observers.

Besides BJP, Congress, TMC and AAP, Goa Forward Party, Nationalist Congress Party, and Goa Su-Raj Party are also in the fray for the February polls.

As many as 188 people died at the Goa Medical College and Hospital between May 9 and 14 amid interruptions in oxygen supply. The state has since ramped up oxygen capacity in various hospitals.

On a positive note, Goa became the first state to cover all eligible population with the first dose of COVID-19 vaccine.

A semblance of normalcy on coronavirus front saw the resumption of tourist season. Chartered flights began arriving to the beach destination ahead of the New Year celebrations.

The state education department also gave its nod to resume schools in a phased manner. Classes for eighth to 11th standard have resumed in the state.

While the BJP-led government earned credit for bringing the coastal state’s economy back on track, it also faced criticism for alleged scams. The government put on hold recruitment in the Public Works Department after ruling and opposition MLAs alleged massive corruption.

There were protests after the state government approved three infrastructure projects cutting through Western Ghats amid concerns over loss of biodiversity. The opposition accused Chief Minister Pramod Sawant of backing these projects at the cost of environment.

The projects, which will cut through Mollem National Park and the adjoining Bhagwan Mahaveer Wildlife Sanctuary, include the expansion of a national highway from the capital Panaji to Belgaum in neighbouring Karnataka, the doubling of a railway track that will run through Goa’s Mollem forest and Karnataka’s Kali tiger reserve, and building a power transmission line through the forest.

Modi was in Goa on the state’s 60th Liberation Day, celebrated to mark the success of 'Operation Vijay' of the Indian military which freed Goa from Portuguese rule on December 19, 1961. While the day is always celebrated with much enthusiasm, this year’s celebrations had an added dimension with Assembly elections a couple of months away.