Tripura ADC Polls: The BJP may have turned itself into an election-winning machine, it is time for the party to fine-tune its state-retention mode. 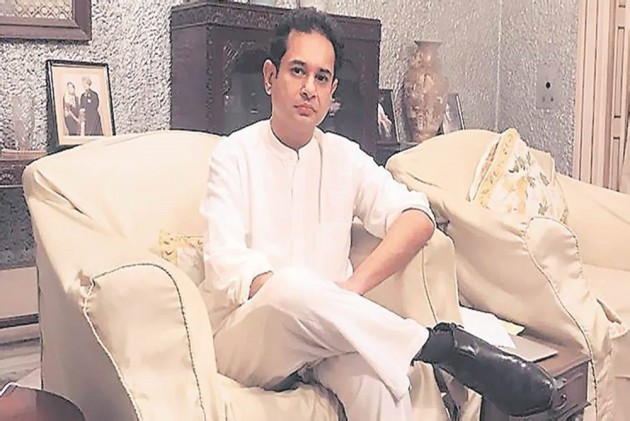 Three years after the BJP managed to uproot the Left and dwarf the Congress in the small north-eastern state of Tripura, the saffron surge seems to be subsiding. It is evident from the recently-held elections to the Tripura Tribal Areas Autonomous District Council (TTAADC) in which the BJP could muster only nine of the 28 seats.

The newly formed Tipraha Indigenous Progressive Regional Alliance (TIPRA), floated by Tripura royal scion Pradyot Kishore Manikya Deb Barman, registered a resounding victory winning 18 seats. Deb Barman, former state president of the Congress, had quit the party in 2019 and launched TIPRA as a social organisation which, in 2020, turned into a political party. Deb Barman had given a call for a ‘Greater Tipraland’, covering Tripuris in and outside of the district council and even the Tripuri diaspora.

The TTAADC, covering 68 per cent of the total geographical area of Tripura, is considered to be a mini-assembly election. It is home to over one-third of the total state population. The BJP, in alliance with the Indigenous Peoples Front of Tripura (IPFT), had won 18 of the 20 Assembly segments that encompass the tribal council seats.

The loss for the BJP-led alliance indicates that it has lost the trust of the indigenous population of the state, which had voted them in three years ago. Unless drastic measures are taken by the BJP, the state that had voted out the Left after 25 years may be ready for another change.

The rift within the Tripura BJP is believed to be one of the causes of the party’s poor showing in the crucial elections. Just four months ago, chief minister Biplab Kumar Deb was facing a backlash from some of the leaders within the party, who complained about his lack of administrative and governance skills. As Deb was greeted by slogans like “Biplab Hatao, BJP Bachao”, he had even offered to undergo a “popularity test” to gauge the mood of the general public.

“Luckily for him, the party high command stepped in and asked him to abandon the idea. Otherwise, he may have been disappointed after asking for an unofficial people’s mandate. But, here it is now. The TTAADC elections show that people are not happy with him leading the BJP-alliance,” says a senior BJP leader, underlining that the people’s unhappiness is with the local leadership and not the party.

However, it’s time for the party to do some introspection. The BJP’s experiment with appointing chief ministers with little administrative experience is beginning to show diminishing results. Deb has his roots in the RSS, where he caught the attention of Sunil Deodhar, BJP’s Tripura in charge. While Deodhar and Sangh cadres worked hard for the victory in the state, they groomed Deb as he was appointed state president. However, later tensions emerged between Deodhar and Deb too.

In other states like Haryana and Uttarakhand, where RSS leaders were appointed chief ministers, the party has been forced on the backfoot. In Haryana, the BJP failed to get a majority under Manohar Lal Khattar and had to form a government in alliance with Dushyant Chautala’s JJP. In Uttarakhand, the party was forced to replace Trivendra Singh Rawat – former RSS pracharak -- with Tirath Singh Rawat, in the middle of the tenure. With elections due in the state next year, the party thought it prudent to remove Trivendra Singh Rawat following growing dissent against him amid complaints of mismanagement during the Chamoli flash floods.

While the BJP may have turned itself into an election-winning machine, it is time for the party to fine-tune its state-retention mode.