42 Trinamool supporters were arrested including Subal Bhowmik who were blocking the road at Rajbari area through which the CM was supposed to go to take the helicopter for returning. 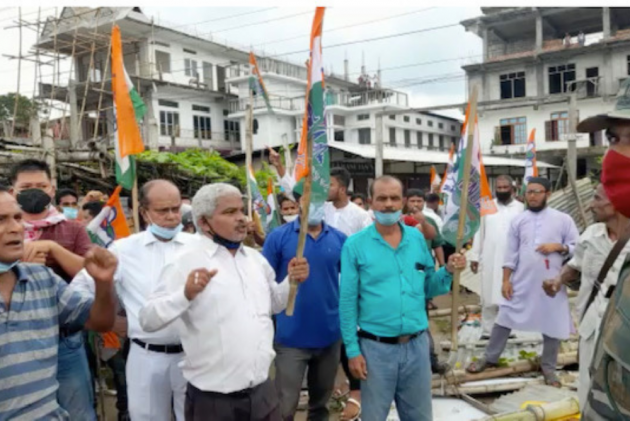 Agitating AITMC supporters blocked the road on Chief Minister Biplab Kumar Deb's convoy was travelling in North Tripura district’s Dharmanagar town. The protests were against the alleged attack by BJP cadres on their party office. However, Deb took a different road to reach the helipad on Saturday said police.

Bhanupada Chakraborty, Superintendent of Police (SP), North Tripura district over the phone said, “We have arrested 42 Trinamool supporters including Subal Bhowmik who were blocking the road at Rajbari area through which the CM was supposed to go to take the helicopter for returning. However, his convoy took a nearby different road.”

In the meantime, AITMC leader Subal Bhowmik alleged that a group of BJP youths came in bikes and destroyed their party office at Dharmanagar besides throwing away party flags and posters. Locals protested later he also joined them.

Bhowmik said, “After taking part in a joining program at Kanchanbari I was supposed to reach Dharmanagar but on the way came to know about the attack and when I reached the spot large number of our supporters were blocking the road to protest against the police inefficiency in protecting the opposition. Everything happened when the CM was present in Dharmanagar and so his road to the helipad was blocked by angry Trinamool supporters.”

However, later the agitators were picked up by the police and taken to the Bir Bikram Institute.

The Trinamool supporters were released by 9.45 pm.

Earlier in the day, there are also reports of an attack on the vehicle of a West Bengal TMC youth leader in which two of them sustained injuries at Ambassa in Dhalai district.

In that incident also Trinamool supporters had blocked the road and police had to use tear gas shells to clear the way.

It may be added here that senior TMC leaders from Kolkata including Minister Bratya Basu and former MP Kunal Ghosh will be reaching Agartala on Sunday to protest against the attacks.