All 14 arrested AITC youth leaders were granted bail by the Khowai court. 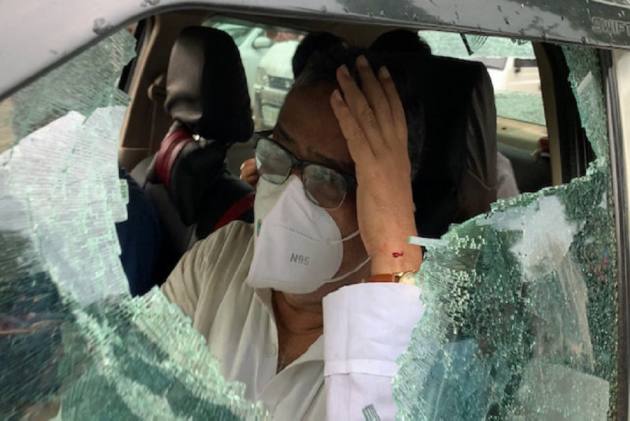 A Trinamool leader sustained minor injuries after his vehicle was attacked allegedly by the supporters of ruling BJP in Tripura.

The incident took place in Office Tilla area on Sunday when the TMC leader and former MLA Subal Bhowmik along with former Minister Prakash Chandra Das was moving from Khowai police station to court accompanying 14 arrested TMC supporters who were arrested a day ago by police for violating 144 Disaster Act.

Later, AITC spokesperson Kunal Ghosh quoting the Defence Lawyer said that all 14 arrested AITC youth leaders were granted bail by the Khowai court against Rs 50,000 local security bond. They got bail against a case of violating Disaster Act under the Teliamura police station. He added that the learned judge had rejected another case against them under the Ambassa police station where they had blocked the national highway Saturday after their vehicle was attacked with stones allegedly by BJP goons.

Speaking to reporters, Bhowmik said, “BJP goons targeted my vehicle and attacked us with bricks, this only shows their fear. These attacks are making us more determined and stronger and I am confident that by next 17 months there will not be anyone to carry BJP flags in Tripura and Trinamool will come to power in next assembly election here.”

Abhishek Banerjee said, “Is Disaster Act not applicable against those who attacked with stones and gathered in large number but those who were attacked were booked under it. We came from Bengal to establish democracy in Tripura. We want rule of law and not law under rule.”

He added, “They are playing with the future of these youths and government does not run like this. Just note my words, in 17 months’ time this Biplab Deb government will not be there.”