The decision to dissolve the existing cells and departments came at a time when a number of Bengal BJP veterans and important leaders – who are aggrieved by the new list of office bearers. 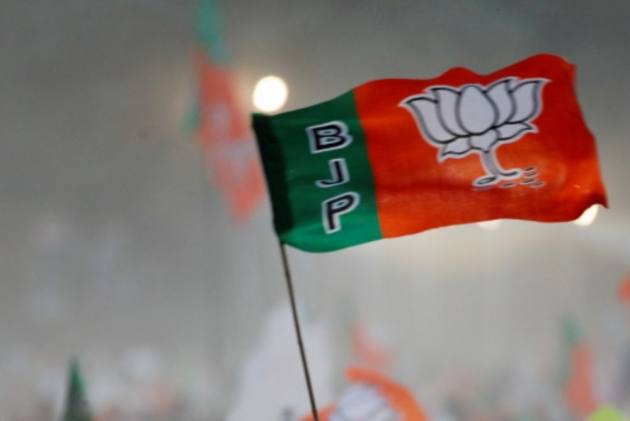 The Bharatiya Janata Party (BJP)’s West Bengal unit president Sukanta Majumdar on Friday night dissolved all existing departments and cells of the party in the state amidst turmoil in the party over the new list of office bearers announced recently.

The decision to dissolve the existing cells and departments came at a time when a number of Bengal BJP veterans and important leaders – who are aggrieved by the new list of office bearers – are holding a series of meetings between themselves. The cells include media, health, education and industry.

These rebel leaders are scheduled to meet at a guesthouse in Kolkata on Saturday night to discuss further plans. More importantly, this rebellion is happening just a few days before elections are scheduled in four major municipal corporations, including Siliguri and Asansol.

The dissident leaders include Matua community leader-cum-union minister Shantanu Thakur, MLAs belonging to the Matua-Namasudra community, and veteran BJP leaders like former vice-presidents Pratap Banerjee, Ritesh Tewari, Jay Prakash Majumdar and former general secretaries Sayantan Basu, Sanjay Singh and Rathindra Basu. Of them, only Majmdar had come to the BJP from the Congress. The rest have always been with the BJP.

As of now, the BJP state unit is trying to take a soft stance towards the rebels. On Friday, the party’s chief spokesperson for the Bengal unit, Samik Bhattacharya said, “Those who are holding meetings between themselves are the flesh and blood of the party. These people were with the BJP when the party didn’t have even 1% vote share in the state. The party is not without them. There are some differences. But I would like to see their meetings as part of their effort to keep the disgruntled organisers and leaders together.”

Bengal BJP president Sukanta Majumdar, who took charge in September, announced a new state committee on December 22. Vice-presidents Pratap Banerjee and Joy Prakash Majumdar, general secretary Sayantan Basu found no place in the new committee, even though they were seen in prominent roles in the previous years. Besides, the presidents of Yuva Morcha, Mahila Morcha and minority morcha were changed.

However, the publication of the new list of district unit presidents on December 25 triggered greater discontent within the party. First, five MLAs from North 24-Parganas district who belong to the Matua community left the party’s WhatsApp groups in an apparent display of anger at the new state committee and district units having little or no representation from the community.

Last Sunday, leaders like Majumdar, Basu, Banerjee and Ritesh Tewari attended a closed-door meeting at the residence of union minister Shantanu Thakur, who is the party’s Lok Sabha MP from Bongaon and one of the most prominent faces of the Matua community.

A few days ago, the BJP’s former state unit president Dilip Ghosh, too, had tried to downplay the activities of the disgruntled leaders. “Those who have been dropped from the committee are attending meetings. I don’t see any problem with that. They must be trying to consolidate the aggrieved section of the party and trying to figure out how they will contribute to the party’s work in future,” Ghosh had said.

A senior BJP leader who spoke to Outlook on condition of anonymity, said that the party does not want to aggravate the grievances of our veteran leaders at the present juncture.

“We need to revamp the party’s organization in the state but by no means we want to show these leaders the door. We don’t think these leaders want to quit the party, all they may want is to complain against the state leadership before the national leadership. If we are patient, it can be amicably solved,” the leader said, adding that they were against making harsh comments because the Trinamool Congress was already trying to poach on BJP MLAs.

Since the May 2021 assembly election results, five BJP MLAs and one Lok Sabha MP have switched over to the TMC, apart from many leaders and organisers at the district level.