The Mumbai Police also informed court that it will submit a status report of its probe in the case on the next date of hearing. 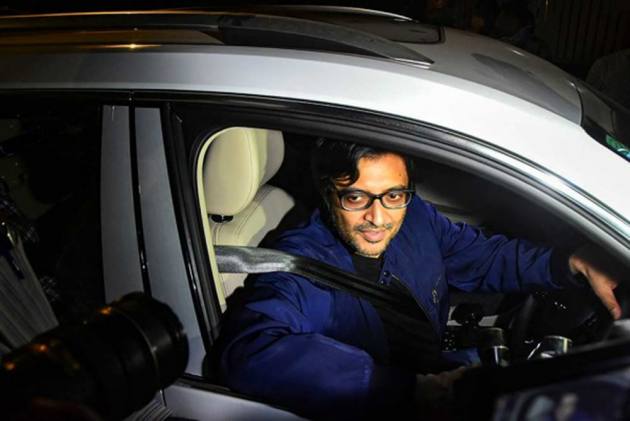 Evidence has been found against Republic TV and its editor-in-chief Arnab Goswami in connection with the Television Rating Points (TRP) scam, Mumbai Police informed the Bombay High Court on Wednesday.

The Mumbai Police further said that it did not wish to continue granting Goswami protection from any coercive action, however, as the high court adjourned the matter without hearing any arguments during the day, the police agreed to continue with its previous assurance of not taking any coercive action till January 15, the next date of hearing in the case.

On Wednesday, the HC adjourned the matter without hearing any arguments after a Republic TV counsel told the court that senior advocate Harish Salve was unable to appear while the second senior lawyer was stuck due to some medical emergency in family.

At this point, Mumbai Police's lawyer Kapil Sibal agreed to refrain from taking any coercive action against the accused till the next date of hearing.

"We (Mumbai Police) have found evidence on record through investigation with BARC (Broadcast Audience Research Council) against Republic TV and Arnab Goswami. Milords may record my statement that I (police) do not wish to continue my statement. I (Police) have agreed (not to take any coercive action against the accused) because of this extreme emergency," Sibal said referring to the adjournment.

He also told the HC that the police will submit a status report of its probe in the case on the next date of hearing.

On December 16 last year, Sibal had submitted in the HC that no coercive action would be taken against Goswami or any other employees of ARG Outlier Media (AOM), which runs Republic TV, till January 6. The AOM had approached the high court last year, seeking, among other things, that the police be restrained from taking coercive action against its employees.

During the hearing in December last year, advocate Abad Ponda, who appeared for AOM, had read out from the chargesheet to point out that the police had mentioned in the chargesheet, the owners, managers, and related persons of Republic TV, as suspects in the case. Ponda had said that this could mean that the police could arrest anyone related to the channel and that the same constituted "gross illegality".

The HC bench had then asked the state's counsel to take instructions from the police on no coercive action against the employees till further hearing.

AOM had filed several pleas and interim applications in the HC urging it to transfer the probe in the case to the Central Bureau of Investigation or any other independent agency.

It had also requested the HC to stay the ongoing investigation and restrain the police from taking any coercive action against the petitioners, their employees, or investors.