In July, parliament passed the Motor Vehicles (Amendment) Bill, 2019 that came into effect on September 1 2019. It aims to tighten the traffic rules and regulations and impose stricter punishments for violation in a bid to promote road safety. 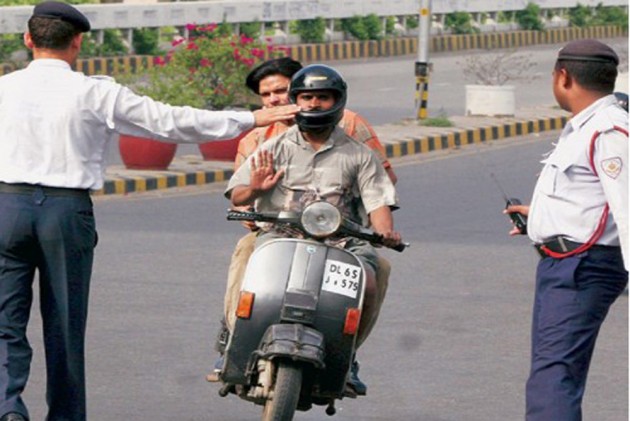 Since the time the amended Motor Vehicle Act came into effect on September 1, 2019,  reports that people are being made to pay hefty traffic violation fines, in accordance to new rules, are surfacing from across the country.

Recently, a Rajasthan truck driver in Delhi was fined Rs 1.41 lakh under the new MVA for overloading and violation of registration certificate and permit rules on September 5, Hindustan Times reported.

“My driver was fined on September 5 in Delhi when he went to deliver silica sand to a costumer,” Bikaner’s Harman Ram Bhambhu, owner of a truck (No. RJ07GD0237) said.

“It took us five days to arrange the money and we made the payment on September 9 after which the vehicle was released.”

The truck was seized and released by Delhi court on Tuesday after payment of penalties, according to the truck driver.

Earlier, a truck driver of Odisha’s Sambalpur district was fined a whopping Rs 86,500 for violating several traffic rules on September 3, the report said.

Bhambhu, who lives in Thakuriasar village of Shridungargarh tehsil, said the traffic authorities penalised his driver Rs 20,000 for first one tonne, and Rs 2,000 for every additional tonne, making it Rs 48,000; and Rs 10,000 each for RC and permit violations. This made it Rs 70,800. The owner was also fined the same amount, making a total of Rs 1,41,600.

Traffic experts are of the view that exorbitant fines and penalties will act as a deterrent against willful traffic violation.