The 'Namaste Trump' event is based on the lines of the 'Howdy Modi' programme that was addressed by Narendra Modi and Trump during the Prime Minister's trip to Houston last year. 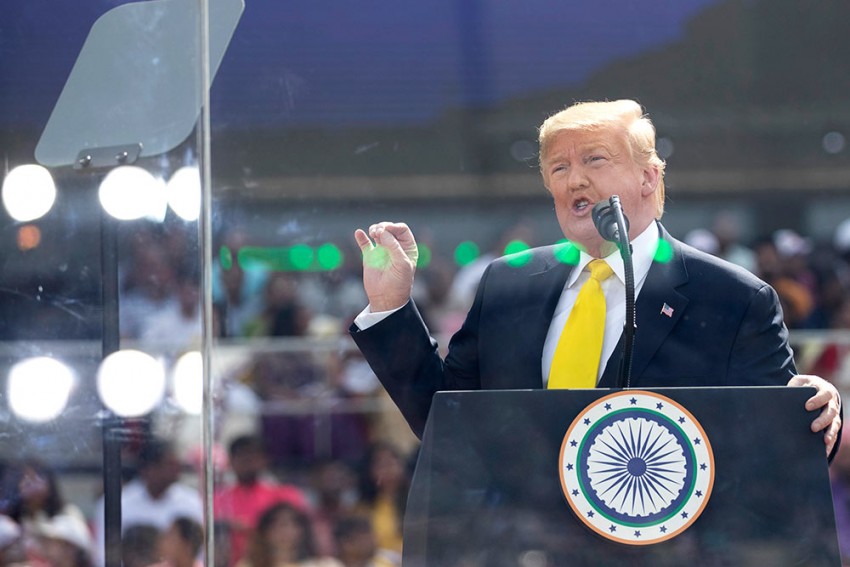 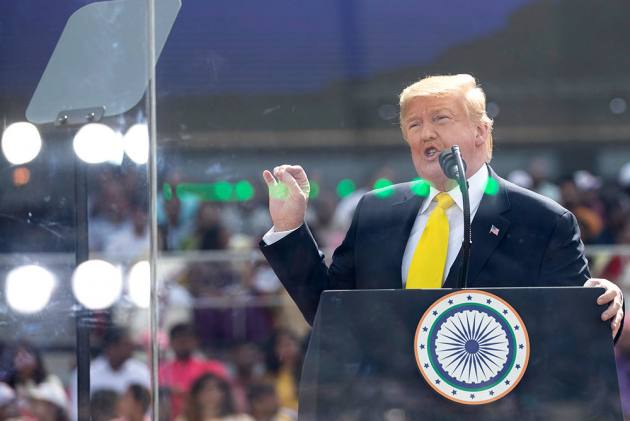 Amidst loud cheering at the Motera Stadium, US President Donald Trump lauded the Indian cinema industry - Bollywood - with special shout outs to classic films like 'Dilwale Dulhania Le Jayenge' (DDLJ) and 'Sholay' while addressing the gathering at the 'Namaste Trump' event.

"All over the planet, people take great joy in scenes of Bhanga, music, dance, romance and drama... and classic Indian films like DDLJ and Sholay," the President said addressing the gathering.

Trump also lauded the Indian cinema for its capacity of producing over 2000 movies in a year.

"This is the country that produces nearly 2000 movies a year from the hub of genius and creativity known as Bollywood," Trump said.

The 'Namaste Trump' event is based on the lines of the 'Howdy Modi' programme that was addressed by Narendra Modi and Trump during the Prime Minister's trip to Houston last September.

The US President arrived a short while ago in Ahmedabad with his wife Melania and a ministerial delegation that also included his daughter Ivanka and son-in-law Jared Kushner who serve as senior advisors to Trump.

Prior to this, Trump and Melania also paid a short stopover at Sabarmati Ashram and spun a Charkha, which is closely associated with India's freedom struggle and Mahatma Gandhi.

Trump, who arrived here a short while ago, was welcomed by Prime Minister Narendra Modi at the Ahmedabad Airport with a hug.

In the evening, the US President will depart for Agra to catch a glimpse of the Taj Mahal, one of the seven wonders of the world, before sunset with his family. (ANI)