While leaving for India, Trump said he is going to discuss business with Prime Minister Narendra Modi, which makes it clear that his trip is aimed at boosting US trade, the Sena said. 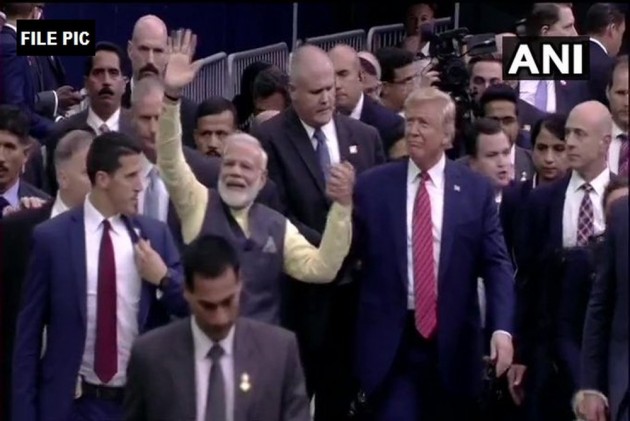 Panning Donald Trump's visit to India, the Shiv Sena on Monday said the 36-hour-long sojourn of the US president in the country won't make 'an iota of difference' in the lives of poor and middle-class Indians.

While leaving for India, Trump has said he is going to discuss business with Prime Minister Narendra Modi, which makes it clear that his trip is aimed at boosting US trade, the Sena said.

"There won't be an iota of difference in the lives of the poor and middle-class people in India due to Trump's visit. Then where is the question of people being appreciative or enthusiastic of his tour," an editorial in Sena mouthpiece Saamana said.

"If there is any eagerness about Trump's visit, it may be in Ahmedabad, where he lands first," the Sena said.

More than the Trump visit the talk is about how walls were built to hide slums along the road he will traverse, the editorial said.

"It is reported that Trump will touch upon the issue of curbs on religious freedom in India. These are our internal issues. This country is run by people elected democratically and they don't need guidance from any outsider on this," it said.

Trump should instead indulge in 'tourism' of Ahmedabad, Agra and Delhi, the editorial said.

When Trump leaves India 36 hours after his arrival, there will be no signs of his visit on the soil of India, the Sena said.