'Trying To Increase Height': Twitter Has A Laugh As Congress Man Climbs Tree To Hang Himself Without Rope

A barrage of tweets followed in which social media users said the man was just bluffing and staging a drama. 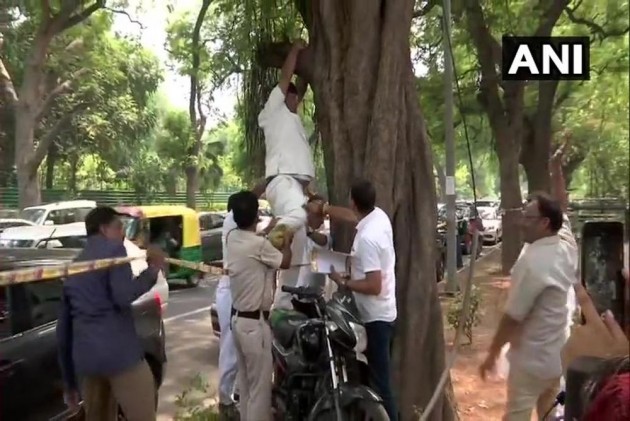 A Congress worker on Tuesday attempted to commit suicide by trying to hang himself from a tree outside the party office in New Delhi. The party worker pleaded Congress President Rahul Gandhi to rescind his resignation, else he would "hang" himself.

The photographs of the worker's failed attempt shared by news agency ANI on Twitter show him trying to climb the tree while a policeman persuades him not to do so. The photos didn't show anything that a person could use to hang himself.

However, a barrage of tweets followed in which social media users said the man was just bluffing and staging a drama.

Here are some of the funniest tweets:

The Congress party has been reeling under a severe leadership crisis ever since Rahul tendered his resignation in the wake of a dismal performance in the Lok Sabha polls.

Seniors in the party have said the party needs Gandhi as the leader and therefore he must continue at the helm of affairs.