Use stubble to prepare silage and not burn it, says university VC. 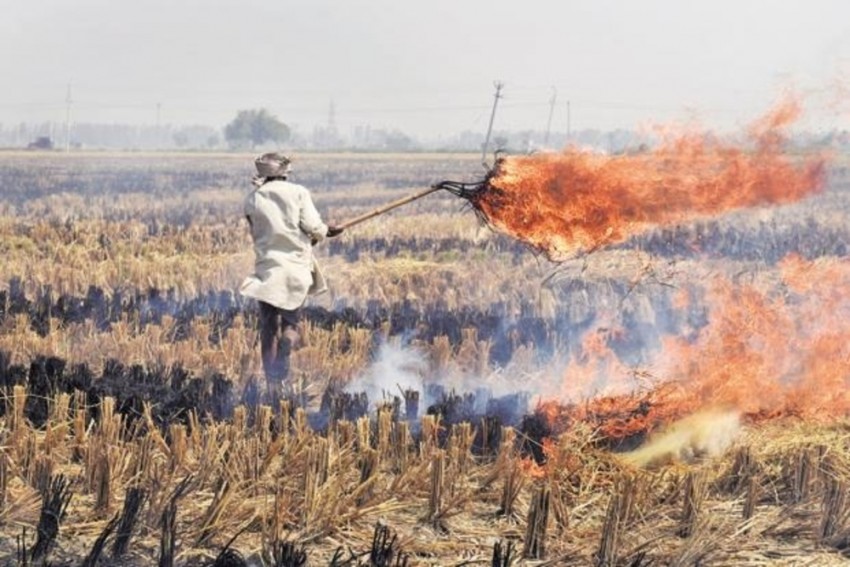 Chaudhary Sarwan Kumar (CSK) Himachal Pradesh Agriculture University has come up with a solution to stubble burning — turn it into cattle fodder.

Stubble burning in Punjab and Haryana becomes the biggest source of air pollution in Delhi-NCR every year in winter whose impact can be seen in the lower hills of Himachal Pradesh.

Located in Palampur in the Dhauladhar ranges, the university has come up with this innovative and sustainable solution of straw management which can also help become a source of income for the farmers and the local community.

“The straw can be used as a source of income in the cottage industry. We have demonstrated it on the campus and transferred the technology to the farmers looking for ways to handle the straw stock gainfully,” vice-chancellor Dr H.K. Chaudhary said.

The Supreme Court recently set up a one-man committee under Justice (Retd) Madan B. Lokur to monitor stubble burning in Punjab, Haryana and Uttar Pradesh.

If the farmers of Punjab and Haryana and other states follow Himachal Pradesh’s cue, they will be able to efficiently utilise it, thereby saving the environment.

“I can see this can be a model for the country,” Chaudhary said.

In Himachal Pradesh, only 73,000 hectares of the land is under paddy farming and rest of the areas are either known for growing off-season vegetables or engaged in fruit cultivation. Thus, according to Chaudhary, the stubble will be in demand for farmers and local communities in the winter to prepare haylage (silage) out of it for cattle fodder.

The farming community in Himachal Pradesh had followed traditional systems to utilize this bio-resource. The university has developed and tested scientific interventions for better utilization of paddy straw which included the use of straw in animal feed.

Himachal Pradesh is always in need of dry and green fodder. Most of the fodder in the form of wheat straw or paddy straw is purchased from Punjab and Haryana. It is stored and fed to animals during a crunch.

Endorsing the idea, state agriculture minister Virender Kanwar said, “The research conducted by the university has established that the paddy straw can be mixed efficiently with horticulture by-products such as apple, strawberry, citrus pomace and discarded fruits to make a nutritive and palatable haylage which can be stored for a long time and fed to animals during the lean period. We are going to promote it on a large scale.”

Earlier, most of the paddy straw was used to feed unproductive animals like bulls and male calves. Since buffaloes have high fibre digesting ability as compared to cows, it was also used to feed these animals.

Kanwar recalled, “Our forefathers and women at home used to make mats, ropes and mixed it with mud to make a paste to be used in the construction of sheds as well as plastering walls. This traditional wisdom of farmers was also saving the environment from degradation which other neighbouring states are facing owing to the burning of paddy straw.”

With demand for organic fertilizers increasing, the new technology can work well in composting paddy straw and paddy stubbles. It takes around 45 days to prepare compost from paddy straw. This compost increases crop yield by four to nine per cent. It can also be used in the preparation of vermicompost adding earthworms’ culture to make value-added fertilizers with increased nutrient concentration.

Pawan Rana, a farmer at Nurpur in Kangra, also recalled having used traditional methods to use the paddy and wheat straw to prepare a balanced feed for the cattle at home for years.

“I have been told about Palampur University populating new ways. It’s going to be of great value, not by just being consumed as a reusable straw but also in tackling the environmental pollution in the neighbouring states, which also affects Himachal Pradesh air,” he said.

Other Ways Stubble Can Be Used

The range of stubble’s use is wide. It can find its way to the small industry units as a raw material in the paper industry, packaging industry (for the fruits and vegetables), compost preparation unit with inoculation of beneficial cultures of bacteria, fungi and organic nutrients and minerals.

It can also be used by the local handicraft industry in making mats, hats, ropes or household traditional material. It can also be used as sound-absorbing material for the preparation of strawboard and roof thatching of tourist lodges or traditional houses and, also serve as an energy source in the brick kiln.