This is not the first time that Twitter has misrepresented India's map. Earlier, it had shown Leh as part of China. 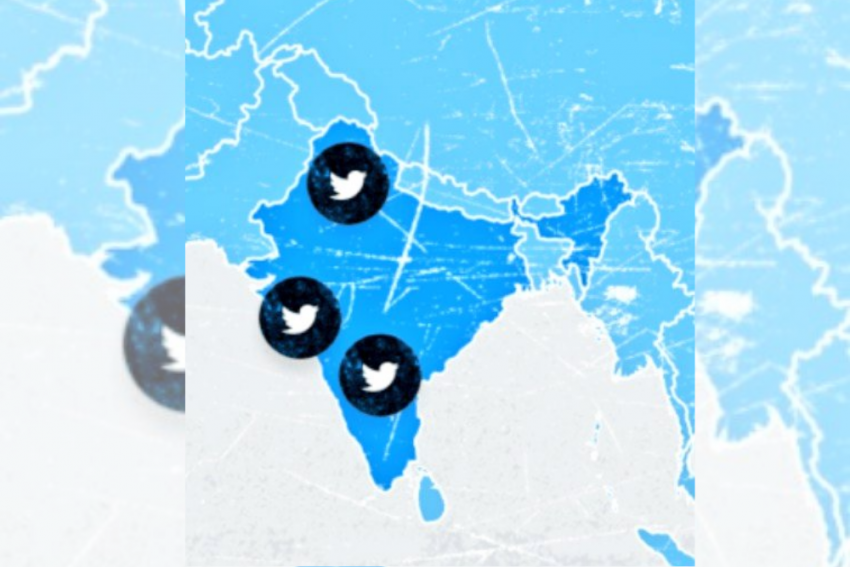 The glaring distortion, which appeared on the career section of Twitter website under the header 'Tweep Life', had triggered a heavy backlash from netizens on Monday as they demanded strict action against the microblogging platform that has flouted various rules on multiple occasions in the past.

This is not the first time that Twitter has misrepresented India's map. Earlier, it had shown Leh as part of China.

Sources said the government is seriously looking into the matter. In this case, since the wrong depiction is on Twitter's website, the case is not that of an 'intermediary' but of a publisher which is responsible for content.

When something is clearly wrong it has to be tackled, or consequential action will follow, they said.

Twitter -- which has an estimated 1.75 crore users in India -- has remained mum on the entire episode. Emails sent to the company did not elicit any response.

The US digital giant has been at loggerheads with the Indian government over the new social media rules. The government has confronted Twitter over deliberate defiance and failure to comply with the country's new IT rules, despite repeated reminders.

Notably, the microblogging platform has lost its legal shield as an intermediary in India, becoming liable for users posting any unlawful content.

In October last year, Twitter came under heavy criticism and faced backlash after its geotagging feature displayed "Jammu & Kashmir, People's Republic of China" in a live broadcast from Leh's Hall of Fame, a war memorial for fallen soldiers in the Union Territory of Ladakh.

India had issued a stern warning to Twitter that time, making it clear that any disrespect of the country's sovereignty and integrity is totally unacceptable.

In November, Twitter again showed Leh as part of Jammu and Kashmir instead of the Union Territory of Ladakh, following which the Centre issued a notice to the US-based company for disrespecting the territorial integrity of India by showing an incorrect map.

Twitter's apparent heavy-handedness has come under government scrutiny, given that the platform has not complied with the new IT rules, called intermediary guidelines, that mandate setting up a robust grievance redressal mechanism and appointing officers to coordinate with law enforcement.

Even in the backdrop of heightened strained relations with the Indian government, Twitter on Friday briefly blocked IT Minister Ravi Shankar Prasad from accessing his account over alleged violation of US copyright law -- a move that was immediately slammed by the minister as being arbitrary and in gross violation of IT rules.

Meanwhile, Twitter's interim grievance officer for India, Dharmendra Chatur, has quit within weeks of taking over the key role.

California-based Jeremy Kessel has now been named as India's grievance redressal officer on the platform's website -- although the appointment does not meet the requirements of new IT rules that clearly mandate key officers including the grievance officer, to be resident in India.

Twitter and the government have been on a collision course on multiple issues in the past months, including during the farmers' protest and later when the microblogging platform tagged political posts of several leaders of the ruling party BJP as "manipulated media", drawing a sharp rebuke from the Centre.

Other major flashpoints included rampant proliferation of fake and harmful content against India and the platform's 'discriminatory' practices in dealing with them, as well as no action being taken on a type of coronavirus being called the 'Indian variant'.

IT Minister had earlier said that it is "astounding" that Twitter, that portrays itself as the flag bearer of free speech, chooses the path of deliberate defiance when it comes to the intermediary guidelines.

The ministry has called out Twitter on a number of occasions for attempting to dictate terms to the world's largest democracy.

"Twitter needs to stop beating around the bush and comply with the laws of the land," IT Ministry has stated in the past.