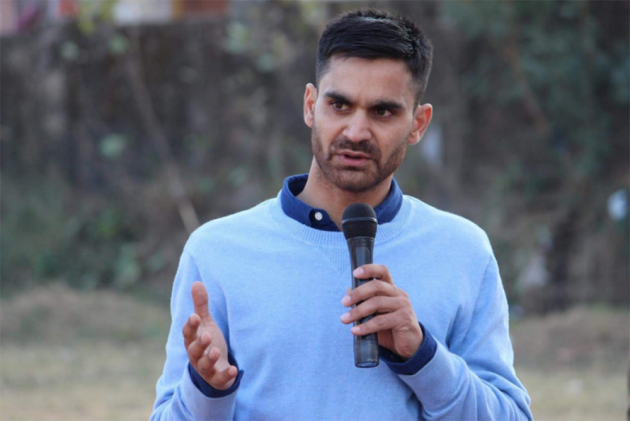 PDP youth wing president Waheed Para, who was granted bail only two days ago by an NIA court, was arrested again by Jammu and Kashmir police today in a terror-related case, officials said.

He was arrested in connection with a case related to an alleged nexus involving politicians, terrorists and secessionist forces, officials said.

After his arrest, Para was produced before a Jammu court and remanded in police custody till January 18, the officials added.

The case was registered by the Criminal Investigation (Kashmir) range which has been probing terror cases and has filed over two dozen FIRs.

Para was produced before a court in Jammu which remanded him in police custody till January 18, the officials said, adding he would be brought to Srinagar for questioning.

He was arrested by the NIA on November 25 in a case related to his alleged links with Hizbul Mujahideen terrorists.

Para, who recently won District Development Council (DDC) polls from his hometown in Pulwama district of south Kashmir, was granted relief on a surety bond of Rs 1 lakh and a personal bond of the like amount, the officials said.

However, he was whisked away by sleuths of a security agency as he came out of the Jammu district jail upon being released, but it was not immediately clear whether he was wanted in any other case or detained for questioning.

PDP president and former chief minister Mehbooba Mufti had expressed concern over his detention and sought intervention of Lt Governor Manoj Sinha for securing his release.

"Despite NIA court granting bail to @parawhid after thorough court proceedings, he has now been detained by CIK in Jammu. Under what law & for what crime has he been arrested? This is brazen contempt of court. Request @manojsinha_ji to intervene so that justice is served," Mehbooba had said in a tweet.