Harinder (50) died of a possible heart attack while Deepak (28) succumbed to head injuries after falling off from a tractor, police said 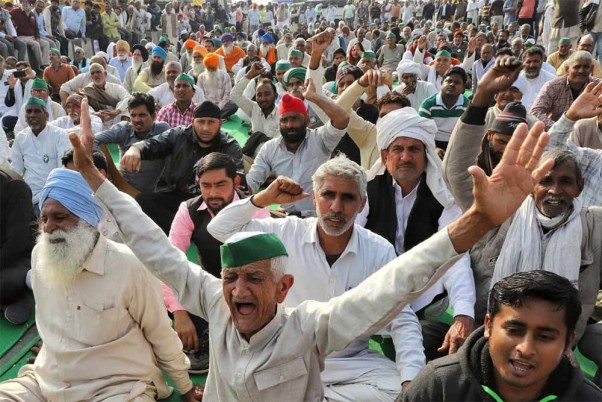 In two unrelated incidents, two farmers from Haryana died at the Singhu and the Tikri border protest sites outside the national capital,  police said.

Harinder, aged 50, who hailed from Panipat’s Siwah village, was found motionless this morning near the Singhu border protest site, a Sonipat police official said. He probably died of a heart attack, he added.

"He was found dead and it is suspected that he died of a heart attack. However, once the post-mortem report comes the exact cause of death will be known", the official said.

Farmers' Protest: Unions Ask Centre To Schedule Next Round Of Talks

On the other hand, Deepak aged 28, succumbed to head injuries after he fell off a tractor-trolley at the Tikri border.

Deepak, who was from Haryana's Rohtak district and was providing voluntary services at Tikri border protest site, died after sustaining serious head injuries when he fell off a tractor-trolley, police said on Tuesday.

"Deepak was sitting in the tractor-trolley and distributing ration (to farmers sitting in protest at Tikri). He fell down and sustained head injuries. He died during treatment at PGIMS Rohtak,” the officer added.

He said the accident took place at Bahadurgarh bypass road on February 5.

Thousands of farmers have been protesting since late November at Delhi borders with Haryana and Uttar Pradesh, demanding a rollback of the Farmers' Produce Trade and Commerce (Promotion and Facilitation) Act, 2020, the Farmers (Empowerment and Protection) Agreement on Price Assurance and Farm Services Act, 2020 and the Essential Commodities (Amendment) Act, 2020.

However, the Centre has maintained that the new laws will bring better opportunities to farmers and introduce new technologies in agriculture.