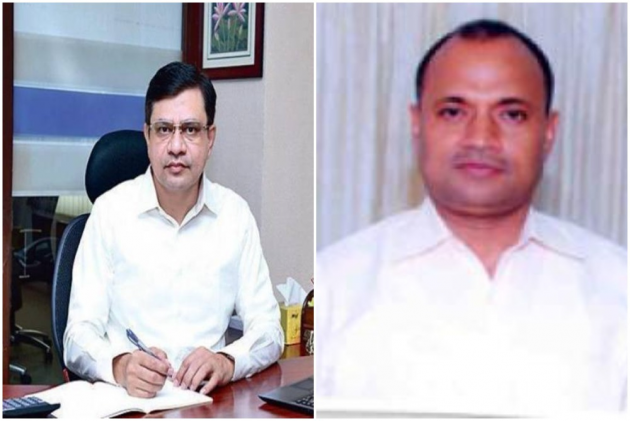 In a major overhaul of the council of ministers, the Narendra Modi-led Bharatiya Janta Party government on Wednesday introduced several new faces into the Union Cabinet. With the exit of Dr Harsh Vardhan, Mansukh Mandaviya will take charge of the Union Health Ministry while Smriti Irani will retain the Ministry of Women and Child Development.

In all 43 ministers, 15 of Cabinet rank and 28 ministers of state were sworn in on Wednesday.

The much-hyped Cabinet expansion also included two ex-IAS officers who have been inducted in the Union Cabinet. These include Ashwini Vaishnaw and Ram Chandra Prasad Singh were administered the oath as Cabinet Ministers by President Ram Nath Kovind here.

He was inducted into the saffron party barely six days ahead of the Rajya Sabha elections on June 28, 2019.

During his stint as an IAS officer, Vaishnaw worked as the District Magistrate-cum Collector of Balasore and Cuttack districts. His bureaucratic acumen, in fact, came to the fore when the super cyclone hit Odisha in 1999 killing at least 10,000 people.

Vaishnaw worked in Odisha till 2003, before being appointed as deputy secretary in the office of former prime minister (late) Atal Bihari Vajpayee. He was later appointed as Vajpayee's private secretary after the National Democratic Alliance (NDA) lost the election in 2004.

Singh entered in Bihar Chief Minister Nitish Kumar's good books in the late 1990s when the then Samata Party leader was the Union Railway minister and the Uttar Pradesh cadre IAS officer was on a central deputation.

Impressed by Singh's abilities, Kumar borrowed him from the Uttar Pradesh cadre and appointed him as his principal secretary after becoming the chief minister of Bihar.

However, Kumar seemed to have bigger plans for 63-year-old Singh, who made his political debut in 2010, getting elected to the Rajya Sabha on a JD(U) ticket after taking premature retirement from the civil service.

Besides them, retired IAS officer and Power Minister Raj Kumar Singh was also administered the oath as Cabinet minister on Wednesday.

Singh, who retired as the Union home secretary, has been elected twice to Lok Sabha in 2014 and 2019 from Arrah in Bihar.

He had become the Minister of State (Independent Charge) for Power as well and New and Renewable Energy in September 2017. Singh held the two ministries till May 2019.

He was elevated to the Cabinet rank in Wednesday's reshuffle.