Security forces launched the operation in village Tangdoona of Kulgam district in the early hours following information about presence of militants there, the officials said. 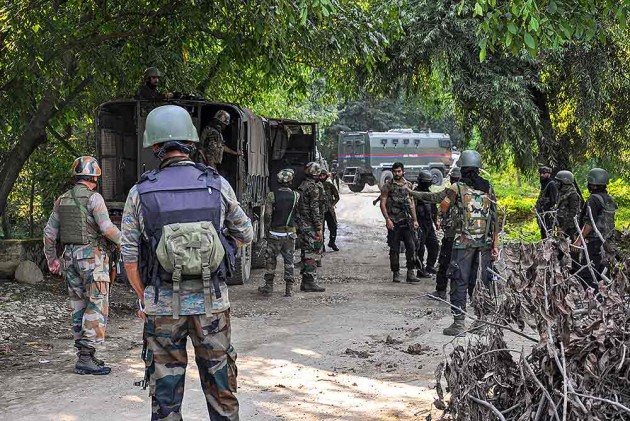 Two Lashkar-e-Toiba militants on Tuesday surrendered before security forces in Kulgam district of Jammu and Kashmir during a cordon and search operation, officials said.

Security forces launched the operation in village Tangdoona of Kulgam district in the early hours following information about the presence of militants there, the officials said.

They said contact was established with the militants hiding in the area and they were appealed by their families and security forces to surrender.

"Both the ultras laid down their arms before the security forces. They handed over two hand grenades and two pistols," they added.

The surrendered militants were identified as Yawar Wagey and Aamir Mir.