Home  »  Website  »  National  »  Two Men And A Statue: No Bound To Tamil Nadu's Fixation With Statues

Two Men And A Statue: No Bound To Tamil Nadu's Fixation With Statues

A.Nallathambi of Atthanurpatty village in Salem district of Tamil Nadu had a five feet stone statue of himself sculpted and erected. 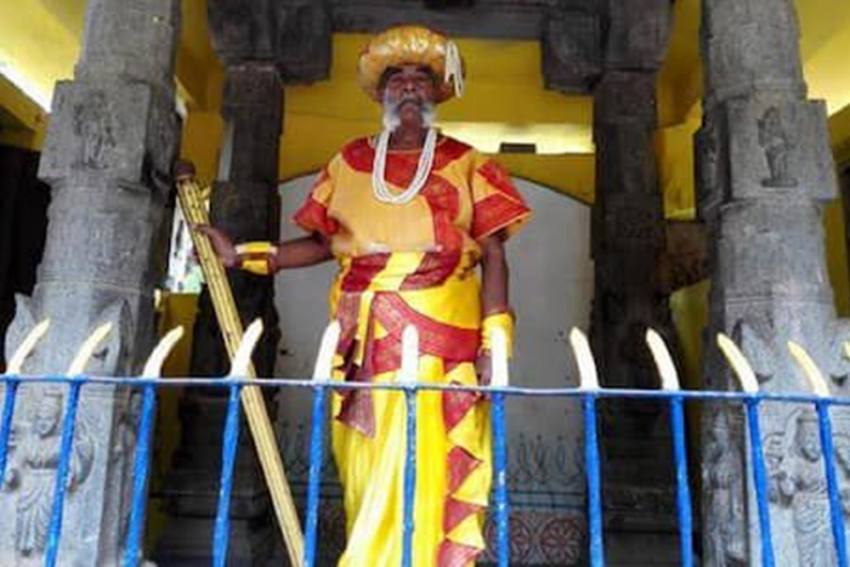 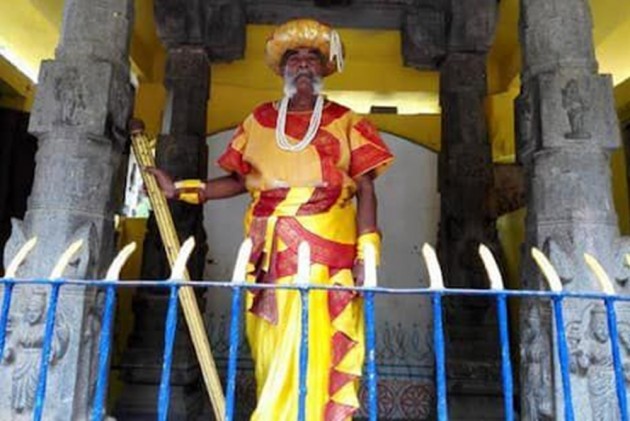 Call it the edifice complex as Tamil Nadu’s fixation with statues found yet another quixotic expression last week. A rag picker in Salem spent more than ten lakhs to erect his own statue in what many viewed as an exaggerated ego trip. But the man himself remains unfazed for having achieved his lifelong dream.

A.Nallathambi of Atthanurpatty village in Salem district of Tamil Nadu had a five feet stone statue of himself sculpted and erected in a piece of land he specifically purchased for the purpose. He spent Rs 10 lakh for the plot near the Salem-Belur highway and another one lakh to pay a sculptor, spending most of his life savings he had earned as a mason and later as a rag picker.

Nallathambi gave up being a mason when the work became too demanding as he grew older. So, he took to collecting used plastic bottles and other recyclable waste which he would sell to the scrap dealers and earn about Rs 200 a day. “Since I live alone that money was sufficient. My dream of having my own statue erected somewhere never died though,” said the 60-year-old who had left his family 20 years ago and severed all ties with it. 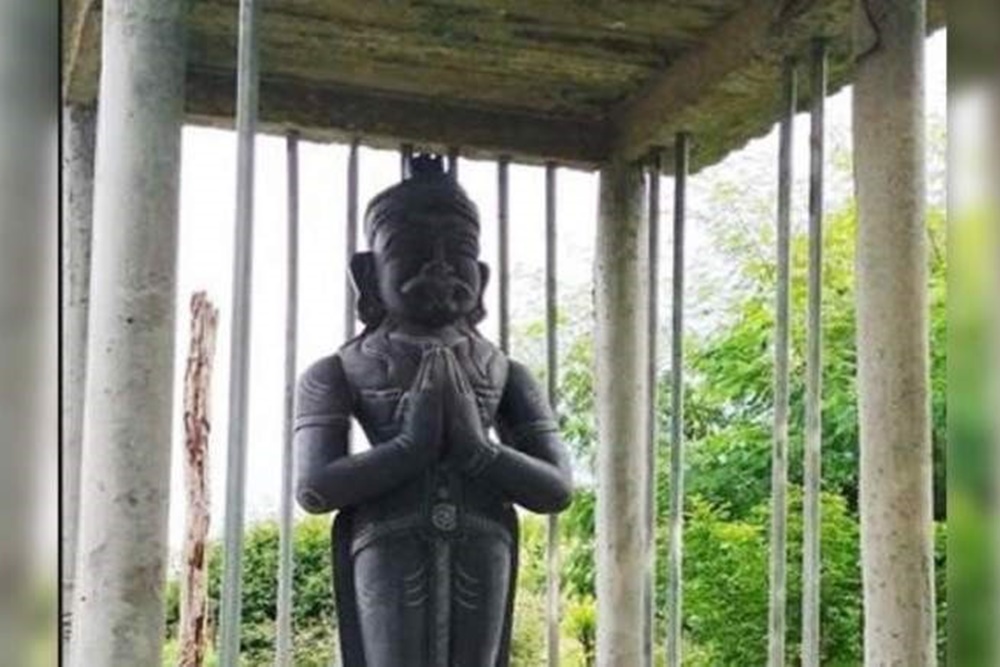 Statue of Nallathambi, the ragpicker.

The statue, erected on a pedestal and with a rooftop, resembles that of a medieval Tamil chieftain thanks to the headgear and ornamentation the sculptor had etched. Nallathambi says he is happy with the end product and would have a formal unveiling shortly. The event might even attract a curious turnout considering the state’s obsession for statues – not only for political leaders but also for film heroines Khushboo and Nayanthara installed by their fans.

But there’s a man is not amused by this statue business. For, he knows being a statue is no easy job having earned his living by posing as a statue for nearly three decades. Das, 60, used to be a star attraction at the VGP Universal Kingdom, an amusement park on Chennai’s East Coast Road to Puducherry, as he would stand erect and without the slightest movement dressed like a palace guard. The placard in front of his enclosure would describe him as “the statue man” and Das’s job was to maintain that rigid posture for hours at a stretch.

“It may look simple but try even sitting without doing anything for an hour. I used to stand erect for five hours during my morning shift. Another colleague would take over in the afternoon. Whatever pranks, insults and shouts the visitors used to throw at me would have no impact on me. I would stand unmoved like a statue,” recalls Das who started his ‘career’ in 1991 with a monthly salary of Rs 600 that climbed to Rs 8,400 till early this year before Coronavirus-induced shutdown was announced.

Asked about Nallathambi spending 11 lakh to erect his own statue Das said he could have at least started a small eatery with that money. “He would have satiated the hunger of customers while giving employment to a few. Now what does he achieve by having a statue of himself?”, asked Das who now works as a security guard. Das says he has no plans to return to playing 'statue' even if the amusement park reopens.