'The three injured have been shifted to a hospital and some militants were still engaged in the ensuing gunfight,' the police said. 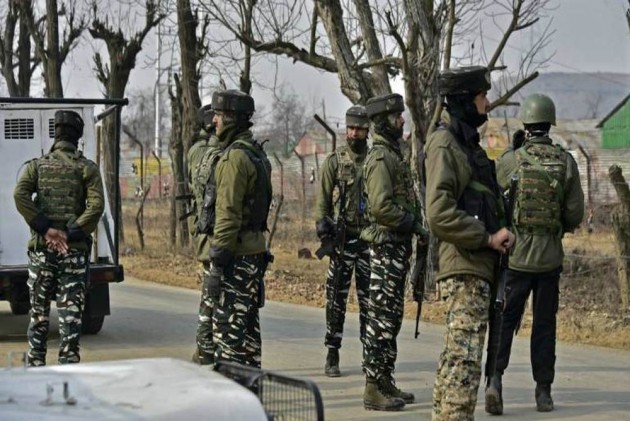 An Indian army captain and two militants were killed and three other soldiers including a major injured in a gunfight in Jammu and Kashmir's Anantnag district on Monday, police said.

Police sources said the captain, critically injured during the firing exchange between holed-up militants and security forces in Bidoora village, succumbed as he was taken to hospital.

"A captain critically injured during fresh firing exchanges at the gunfight site has succumbed while on way to the hospital.

"Earlier, two militants were killed and a major and two other soldiers injured in this operation," a police source said.

"The three injured soldiers have been shifted to a hospital and some militants were still engaged in the ensuing gunfight," the police said.

The gunfight broke out as after personnel of the Rashtriya Rifles and Special Operations Group of state police surrounded the Bidoora village in Achabal area following information about the presence of militants there.

The bodies of two slain militants have been recovered and their identities are being ascertained, a police officer added.