This was the first major infiltration attempt on the Line of Control since February 25, 2021. 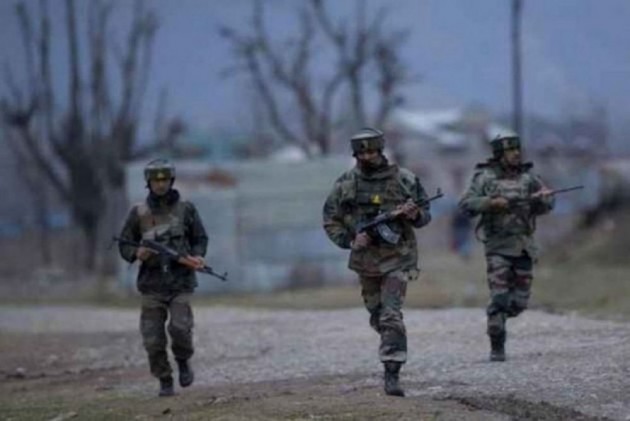 Two Army soldiers and two militants were killed in a fierce gun battle at Dadal forests near the Line of Control (LoC) in the Sunderbani sector of Rajouri on Thursday evening. Apprehending the presence of more militants in the area, the army is continuing with the search operation.

The Army said a search operation was launched on June 29 after having information about the presence of a small group of suspicious armed persons near village Dadal. During the night of June 29 exchange of fire took place between the militants and the army in which one soldier received minor injuries. The Army said contact with the militants was established on Thursday afternoon by the searching parties of the Army leading to fierce gun fighting which continued till late Thursday evening. In the gunfight, two army soldiers and two foreign militants were killed. The killed soldiers have been identified as Naib Subedar Sreejith M and Sepoy Maruprolu Jaswanth Reddy. The operation is going on in the area as there is the possibility of the presence of more militants in the area.

GOC@WhiteKnight_IA and all ranks salute the brave-hearts Nb Sub Sreejith M and Sep Maruprolu Jaswanth Reddy who made the supreme sacrifice fighting terrorists on 08 July 21 in Sunderbani sector and offer deepest condolences to their families.@adgpi@NorthernComd_IA pic.twitter.com/jhW1VRh0I8

Earlier on June 8, the Army  said a group of Pakistani militants attempted to infiltrate across the Line of Control in the Nowshera sector. The army said the army troops through domination of fire thwarted the infiltration attempt. The army said in the ensuing firefight between the army and the militants, one militant was killed. The army said the body of the killed militant along with weapons had been recovered. Two army soldiers have been wounded in the gunfight.

This was the first major infiltration attempt on the Line of Control since February 25, 2021.

Analysts here say with Pakistan accusing India of supporting the perpetrators behind the June 23 bomb blast in Lahore that killed four and injured over a dozen and India accusing Pakistan of a drone attack on Indian Air Force base in Jammu on June 27, the ceasefire agreement between the two countries seem to crumble and the infiltration attempts are indications of the same.