India's leading epidemiologist Jayaprakash Muliyil tells Outlook that with a substantial opening up of the lockdown, the country may see at least two million deaths due to Coronavirus. 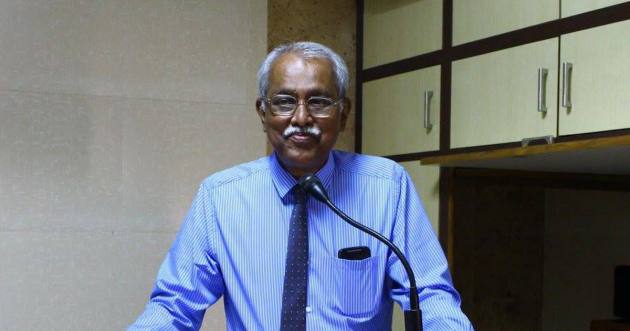 India has entered the fourth phase of the lockdown or what is referred to as Lockdown 4.0. However, country's leading epidemiologist and Chairman of the Scientific Advisory Committee of the National Institute of Epidemiology, Jayaprakash Muliyil, argues that a lockdown is not a permanent solution to the pandemic. In an interview with Outlook, Muliyil says that India may see at least two million deaths in the case of substantial lifting of lockdown. Excerpts:

Q) We are into lockdown 4.0. How do you see the situation evolving?

With a substantial opening up of the lockdown, India may see at least two million deaths. We are quoting this number based on the mortality experiences from the UK and France. I used the numbers based on their latest publications on risk of coronavirus deaths given infections according to age.

India’s population is one thousand three hundred and sixty million. One should see the two million in the context of that number. If the number is correct, there will be one thousand three hundred and 58 million still alive. The numbers look large because most of us can’t comprehend the number game. Subtraction comes to about two per thousand. I applied the age specific corona death rate through our population according to age. We will have much less deaths than what they have experienced in Europe. When I say much less, we should remember that they are small population. So the number of deaths would be high. But the rate of death will be low.

Q) You said that there will be 7.5 lakh deaths in the age group above 60. How do you come to such conclusions?

We have 36 crore people below the age of 15. And according to my calculations, they will have very few deaths. When you do calculations statistically, we say they cannot be more than 1500. In that age group, death rate is insignificant. There will be few stray cases of course. But for older age group, it’s going up. For a 25 year old, the risk of dying is thirty out of 100,000. It’s a very small rate. The whole equation changes, when it comes to old age. Those who are in the seventh decade, (those who are sixty and above) the rate is two per cent. And in the eighth decade, it’s 4 per cent. And the 9th decade, it’s eight per cent.

In these decades, the mortality is anyway high. These are coming from the experiments from the UK and France. Whether coronavirus is killing them or other disease, it’ s not clear. In India, even small percentage comes out to be large number.  One per cent for Indian is 13. 6 million people. Everything is in large numbers

Q) How much will lockdown help in containing the pandemic?

Everybody talks about (economic) packages and how much money was allocated  As citizens, we should know what we are looking at. And there are number of deaths we expect. We can’t help it. You can lock down the whole thing. You have to be worried about other collateral damages. On one hand, for a community which is very well off, who have good houses and all can afford to be in a lockdown till a vaccine comes. It’s a safe option for them. Not for others who want to work in a dignified manner. That dignity is lost. Those who want to stay inside the house, it’s their wish. On the other hand, there are people who want to work and earn their living. Mortality is low, let the young go out and work. In the bargain, what happens is they will get infected. They will not die. They develop immunity. When many people develop immunity, the virus finds difficult to get from person to person.

Q) What do you make of WHO saying that Corona is here to stay?

This is a virus that has found a balance between them and us. That means when you reach the herd immunity level, it will come to about basic reflection rate of 1. RO is a starting rate where everybody is susceptible. It becomes RT or RE with time. When the herd immunity comes, the RE.ie R (effective) will be 1. That means one case leads to one case. So there will be no epidemic. It lingers on in the community for long period. And that lingering on is what WHO referring to that it will become the part of other viruses’ community. And it will keep on. That will happen only if there is immunity and we come to what’s called the herd level. Then you will get outbreaks in future whenever the susceptible population increases. Susceptible population increase when new births occur. When new births occur, there will be more young people without immunity. But they won’t have problem because they all will be having same response to virus. They will effectively block it. But there will be outbreaks which will again affect the uninfected elderly. So the second outbreak can also kill the elderly. So the only mortality will occur in elderly. So the disease will quiet down. Then after a year or two, after a large number of children are born, there will enough susceptible population for Covid-19 to move around. So it will come back.  But by the time, we will have vaccine hopefully.