CM Yogi Adityanath has taken cognizance of the incident and directed the district officials to reach the site of crime and inform him of the investigations. 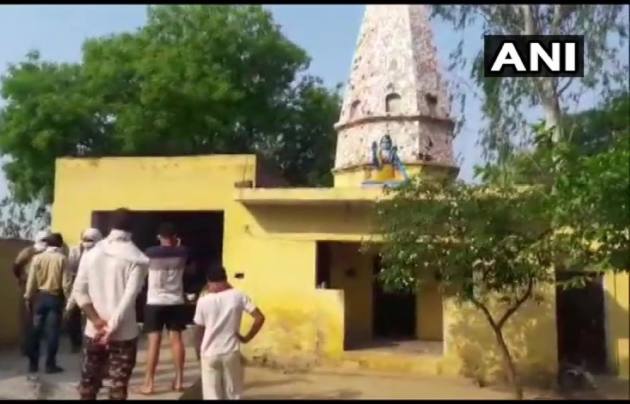 Two sadhus were found murdered inside a Shiva temple at Pagona village of Bulandshahr district in Uttar Pradesh, police said on Tuesday.

The murder came to light when people reached the temple on Tuesday morning and saw the blood-soaked bodies, IANS reported. According to reports, the deceased persons have been identified as Jagandas, 55, and Sevadas, 35.

Chief Minister Yogi Adityanath has taken cognizance of the incident and directed the district officials to reach the site of crime and inform him of the investigations. He has also ordered strict action against the accused.

SSP Bulandshahr Santosh Singh told ANI, "The accused has been arrested. As per initial probe, it has been found that a few days back, he had taken away a belonging (chimta) of priests after which they had scolded him. Following which, he murdered the two priests today. The probe is  underway."

Further investigations are underway and additional forces have been deployed in the area.

These murders come almost a fortnight after the Palghar lynching in Maharashtra, where two 'sadhus' and their driver, proceeding from Nashik to Surat, were cornered and lynched by a 200-strong mob outside Gadchinchle village on April 16 night. Police had rushed to stop it but failed.