A month-long contest, named as Gangaquest-2020, concluded on May 30 and its result was declared on the World Environment Day on June 5. 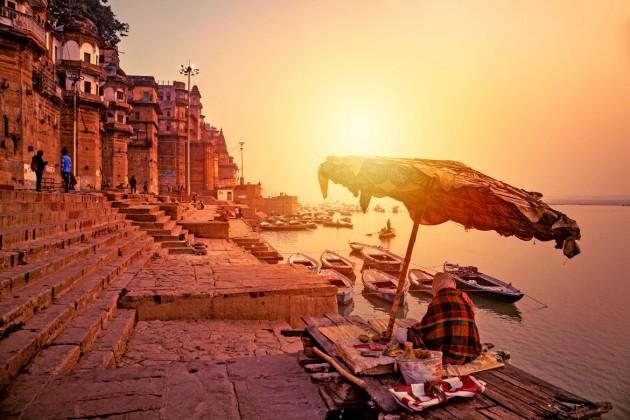 A quiz contest held by the National Ganga Clean Mission (NGCM) on various cultural, historical and geographical aspects of the river Ganga has witnessed some unusual participants and winners.

Out of three winners in the youngest category, two are from Tamil Nadu and one from Delhi. They all study in Class 8 in various branches of Kendriya Vidyalaya.

S Kalaiarasi, a daughter of a traffic police officer and S Jeevarshini whose father is a farmer in Thiruvannamalai district in Tamil Nadu answered most of the questions on various features of the river correctly and in the shortest time duration. The third winner is Abhay Yadav from Delhi.

“I have not been able to convey it to them yet as due to the lockdown, the school is closed and their contact numbers are not reachable,” Mukul Saini, the class teacher of the two girls, said.

Saini said that the result surprised him too. “They are good at social studies and they showed a lot of interest in the contest,” Saini said.

He added, “They have never visited any of the cities situated on the bank of the river Ganga. They are almost 2,000 km from their villages. However, their interest and knowledge in this holy river prove that its historical and cultural significance transcends all geographical limits.”

Outlook also couldn’t speak to the girls as their phone numbers were not reachable.

A month-long contest, named as Gangaquest-2020, concluded on May 30 and its result was declared on the World Environment Day on June 5. It consisted of three rounds and had four categories of participants based on age limits.

With three winners in each category, a total of 12 winners were announced out of more than 11 lakh participants across the country. Out of 12 winners, three each are from Delhi and Karnataka and one each from Maharashtra, Assam and Uttar Pradesh.

NMCG officials, involved in conceptualising and designing the contest with an NGO, TREE Craze Foundation, said that the majority of the entrants were from Northeastern and Southern parts of the country which have no direct connection with the river.

Rajiv Ranjan Mishra, Director General, NMCG says that conducting the quiz during the Coronavirus epidemic was a major step but the Mission decided to go ahead to engage and to some extent entertain the children confined to their homes due to a series of the lockdowns.

Bhawna Sharma, CEO, TREE Craze Foundation, said, “The quiz consists of three rounds. While the first round is in the form of a survey to assess the attitude of participants on many aspects of Ganga Cleaning, the second round is a knowledge building exercise.”

She added, “In third and last rounds participants face ten questions on two selected areas of knowledge out of the historical and cultural significance of Ganga, flora and fauna, current affairs, physical geography, famous places and personalities, governance, socio-economic and livelihood and pollution/water treatment technology; with fastest and correct answers making them compete for attractive awards like tablets etc.”