Modi was arrested on an extradition warrant on March 19, 2019, and has appeared via videolink from Wandsworth Prison for a series of court hearings in the extradition case. 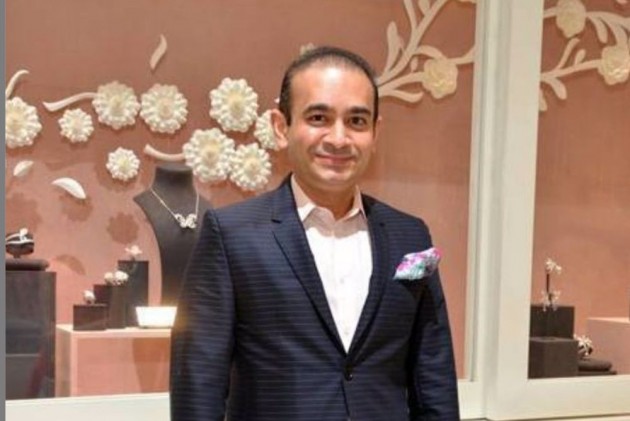 A UK judge is set to rule on Thursday in the case of fugitive diamond merchant Nirav Modi for his extradition to India on charges of fraud and money laundering in the estimated USD 2-billion Punjab National Bank (PNB) scam case. Modi is currently behind bars in a London prison and is fighting against his extradition to India in the nearly two-year-long legal battle.

The 49-year-old is expected to appear via videolink from Wandsworth Prison in south-west London at Westminster Magistrates’ Court, where District Judge Samuel Goozee is set to hand down his judgment on whether the jeweller has a case to answer before the Indian courts.

The magistrates’ court ruling will then be sent back to UK Home Secretary Priti Patel for a sign-off, with the possibility of appeals in the High Court on either side depending on the outcome.

Modi was arrested on an extradition warrant on March 19, 2019, and has appeared via videolink from Wandsworth Prison for a series of court hearings in the extradition case. His multiple attempts at seeking bail have been repeatedly turned down, both at the Magistrates’ and High Court level, as he was deemed a flight risk.

He is the subject of two sets of criminal proceedings, with the Central Bureau of Investigation (CBI) case relating to a large-scale fraud upon PNB through the fraudulent obtaining of letters of undertaking (LoUs) or loan agreements, and the Enforcement Directorate (ED) case relating to the laundering of the proceeds of that fraud.

He also faces two additional charges of "causing the disappearance of evidence" and intimidating witnesses or "criminal intimidation to cause death”, which were added on to the CBI case.

The Crown Prosecution Service (CPS), arguing on behalf of the Indian government, has sought to establish a prima facie case against him and also to establish that there are no human rights issues blocking his extradition to India. CPS barrister Helen Malcolm has argued that the jeweller presided over a "ponzi-like scheme where new LoUs were used to repay old ones".

A ponzi scheme typically refers to an investment scam which generates funds for earlier investors with money taken from later investors and the CPS has claimed that Modi used his firms – Diamonds R Us, Solar Exports and Stellar Diamonds – to make fraudulent use of PNB’s LoUs in a conspiracy with banking officials.

They have also played videos in court as proof of Modi's involvement in intimidating dummy officers of his companies to remain out of the reach of Indian investigating authorities.

Modi's defence team, led by barrister Clare Montgomery, has claimed that the entire issue is a commercial dispute involving "authorised though ill-advised lending" that took place in "broad daylight". It is also claimed that none of his actions meet the legal threshold of perverting the course of justice or amounted to fraud.

Besides, the defence has also relied on arguments around Modi’s precarious mental health condition, as someone who has a family history of depression and suicide.

During a series of hearings in the course of the extradition case last year and early this year, Westminster Magistrates Court has also heard detailed arguments from both sides about why Modi's "deteriorating" mental health condition does or does not meet the Section 91 threshold of the Extradition Act 2003 – which was most recently been used in the UK to block the extradition of Wikileaks Founder Julian Assange on the grounds of it being "unjust and oppressive" as he is a high suicide risk.

The CPS has challenged the defence stance and had called for an independent evaluation of medical records by a consultant psychiatrist for appropriate assurances to be acquired by the authorities in terms of his care in India.

Prison conditions at Barrack 12 in Arthur Road Jail in Mumbai, where Modi is to be held, have also been in focus as the Indian government submitted an updated video recording of the cell to highlight that it meets all human rights requirements of natural light and ventilation.

Modi’s legal battle marks one of a number of high-profile extradition cases involving accused Indian economic offenders in the UK. While former Kingfisher Airlines boss Vijay Mallya remains on bail as a "confidential" matter related to his extradition to India is resolved, accused arms dealer Sanjay Bhandari’s extradition case is scheduled for its next hearing in April.

In February 2020, wanted cricket bookie Sanjeev Chawla was extradited to face charges in India and became the first extradition of its kind under the India-UK Extradition Treaty, signed in 1992.

A previous extradition of Samirbhai Vinubhai Patel, wanted in connection with the Godhra riots in Gujarat, from the UK to India in October 2016 had been uncontested and therefore did not have to go through various levels of appeals in the UK courts.