A13-member rescue team consisting of NDRF and SDRF personnel on Tuesday reached Devi Kund near the Sundardhunga glacier where five bodies had earlier been spotted and retrieved all of them. 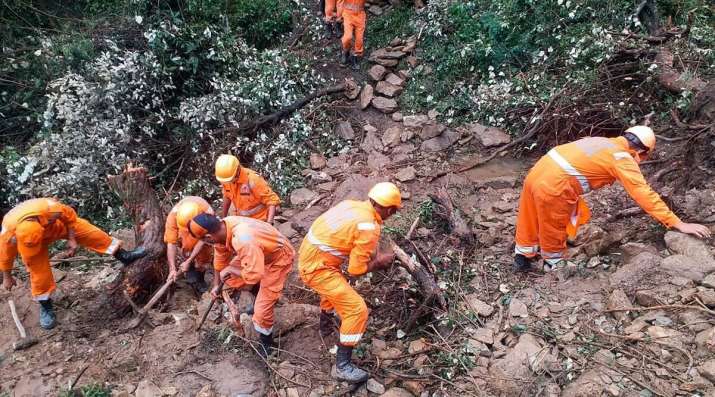 Search and rescue team on Tuesday retrieved bodies of 5 trekkers from the Sundardhunga glacier in Uttarakhand's Bageshwar district. All five of them who went missing during an expedition in the Himalayas, hailed from West Bengal.

The search and rescue team still continues with the operation as they are yet to locate their missing guide Khilaf Singh, a resident of Jakuni village of the district's Kapkot sub division.

"The 13-member rescue team consisting of NDRF and SDRF personnel on Tuesday reached Devi Kund near the Sundardhunga glacier where five bodies had earlier been spotted and retrieved all of them," Bageshwar District Magistrate Vineet Kumar said.

"The bodies have been sent to Kapkot for postmortem," he said

Bad weather had foiled several attempts over the past few days to retrieve the bodies, Kumar said.

Sixty-five tourists, including these five trekkers, on Tuesday got stranded at the Sundardhunga glacier after three days of record rains in Uttarakhand from October 17-19, he said.