It alleged that Imam's academic, religious and oratory instincts were to become an asset for the key conspirators of the case in the days to come. 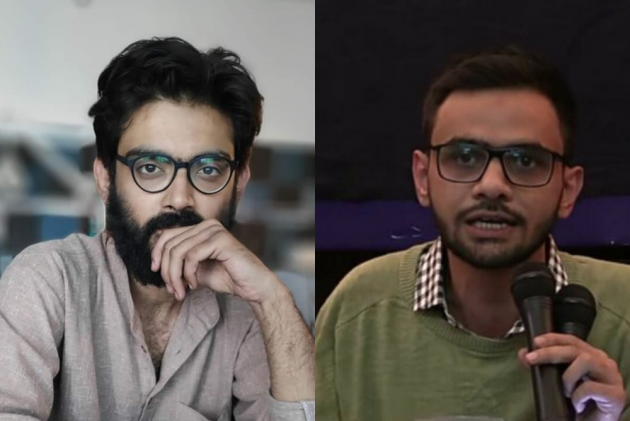 JNU student Sharjeel Imam's "religious fanaticism" coupled with his academic legacy and sharp oratory skills was the "perfect combination" that his mentor Umar Khalid was looking to exploit, the Delhi Police have alleged in its supplementary charge sheet filed in a case related to the Northeast Delhi riots.

It further alleged that for the "deeply communal" Khalid, Imam was the "unapologetic floating froth of religious extremism who was to be used for executing the precipitation of the conspiracy in the riots".

It alleged that Imam's academic, religious and oratory instincts were to become an asset for the key conspirators of the case in the days to come.

‘Umar Khalid Is Not A Conspirator, But A Victim Of Larger Conspiracy’

"Four events that ultimately led to the emergence of the religious extremist that was taking shape within the conscience of Sharjeel Imam were passage of law declaring triple talaq as illegal, final judgement in the Babri-Masjid case, revocation of Article 370 of the Constitution of India and the introduction of the Citizenship Amendment Bill.

"Imam was an active participant in events and occasions observed within JNU campus and was well received for his oratorial skills. Umar Khalid, his mentor had a special interest in Sharjeel Imam. The religious fanaticism of Sharjeel coupled with his academic legacy and sharp rhetorical skills was just the perfect combination that Umar Khalid was looking to exploit to execute the lessons learnt from his attempted seditious uprising in JNU in 2016," the charge sheet alleged.

It further claimed that Khalid, in public discourse, always pretended that "atheism" was his faith. "Events have shown otherwise," the charge sheet said.

It said an investigation showed that the concept of disruptive "chakka jaam" which later developed into engineered violent riots in furtherance of a common conspiracy was allegedly hatched by Imam with principal conspirators.

The charge sheet also mentioned the names of some of Imam's academic works.

"Sharjeel Imam joined JNU in 2013 as a student of masters in modern history and his thesis was titled 'Exodus before Partition: The attack on Muslims of Bihar in 1946' which dealt extensively with riots and communal programs. While Imam was engaged in his academic pursuits at JNU, the University had witnessed the first registered criminal case pertaining to acts of sedition wherein his later day mentor Umar Khalid was the prime accused.

"His (Imam's) academic expressions can be found in leading digital media platforms and some of those pertaining to the period, when his ultra-Islamist world view were crystallising, read as 'The Hindu Republic: Seven decades of Muslim exclusion in India', 'It''s time we absolve Jinnah', 'Remembering 1980: Moradabad Muslim massacre: A harsh indictment of 'secular' and left politics', 'Islamophobia in JNU is also rampant among left-wing student organisations claiming to be secular'," it claimed.

The police said in the supplementary charge sheet that Imam withdrew from the Shaheen Bagh protest on January 2, 2020, but whether he had actually withdrawn or not can also be understood by the utterings of those who hold "at par stature in the cobweb of this conspiracy".

Khalid was arrested in February 2016 on charges of sedition in connection with the controversial event held in JNU campus against Afzal Guru's hanging during which anti-national slogans were allegedly raised. He is out on bail in the case.

In December 2019, large scale violence took place in Jamia Nagar and nearby areas during protests against the Citizenship Amendment Act.

Communal violence had broken out in northeast Delhi on February 24 after clashes between citizenship law supporters and protesters spiralled out of control leaving at least 53 people dead and around 200 injured.