Alleging human rights violations, a group of UN rights experts have requested information from the Centre about PDP youth leader Waheed Para, a Kashmir-based shopkeeper and a teenager. 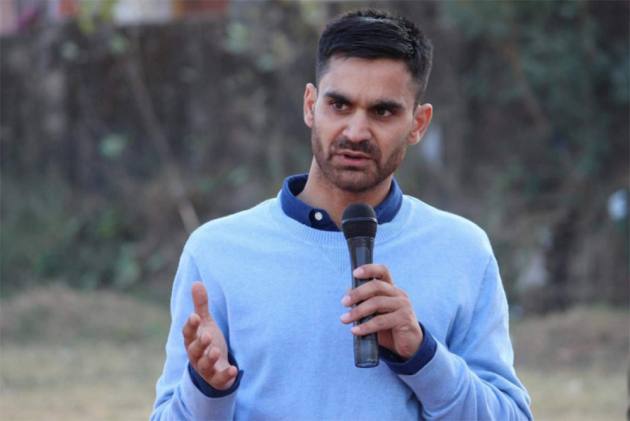 A group of United Nations special rapporteurs, appointed to oversee the promotion and protection of human rights and fundamental freedoms, has asked the Centre to provide details about the continuing detention of PDP youth leader Waheed Para, the alleged custodial killing of a shopkeeper and information on the fate of a disappeared teenager in Jammu and Kashmir.

The communication from five UN experts, dated March 31, was recently uploaded on the website of the Office of the High Commissioner for Human Rights.

The report states that the UN experts have requested information from the Centre about Para, shopkeeper Irfan Ahmad Dar and teenager Naseer Ahmad Wani.

On November 25, 2020, Para was arrested by the National Investigation Agency (NIA) on charges of terrorism and held in its custody for one month at the NIA headquarters in New Delhi.

“His arrest has raised concern as it came three days after he filed his nomination to run for the District Development Council elections. Furthermore, on 30 July 2020, Mr. Para engaged with current and future members of the UN Security Council as a participant in a closed virtual meeting where he raised the alarm about the Government of India's actions in Jammu and Kashmir, its treatment of Muslim minorities, and the recent border tensions with China. Following this engagement, Mr. Para received threats from officials with the NIA indicating that he was inviting trouble by engaging in such events. They gave him an ultimatum that if he did not cease speaking out about the Government, action would be taken against him,” the report states.

“He was subject to abusive interrogations after his arrest, which lasted up to 10 to 12 hours at a time and questioned about his participation at the event where he interacted with UN Security Council members. He was held in a dark underground cell at sub-zero temperature and was deprived of sleep, kicked, slapped, beaten with rods, stripped naked and hung upside down,” the report reads.

About the alleged custodial killing of 23-year-old shopkeeper Irfan Ahmad Dar, the report states Dar was arrested on September 15, 2020, from Sopore and the next morning his family received news of his death.

The report further states that one Naseer Ahmad Wani’s house at Doompora village of Shopian in south Kashmir was raided by the Army on November 29, 2019. The Army had alleged that his phone was used by militants.

The report states that during the raid, army personnel assembled all the women in a single room and asked their names, took their photographs, and requested everyone to handover their mobile phones. “Five soldiers entered Mr. Wani's room, and locked the door from inside. For more than half-an-hour, the family members, locked in the adjacent room, heard his cries while he was being beaten. The soldiers then took him out with them,” the report states adding that soon after the incident his whereabouts were not known.

“While we do not wish to prejudge the accuracy of these allegations, we are expressing our grave concern that, should they be confirmed, they would constitute arbitrary arrests and detention, torture and ill-treatment, enforced disappearance, the report notes.

The report also highlights concerns regarding “the repressive measures and broader pattern of systematic infringements of fundamental rights used against the local population, as well as of intimidations, searches and confiscations committed by national security agents in Jammu and Kashmir, were raised by Special Procedures mandate holders in previous communications on December 21, 2020, May 4, 2020 and July 1, 2020.”