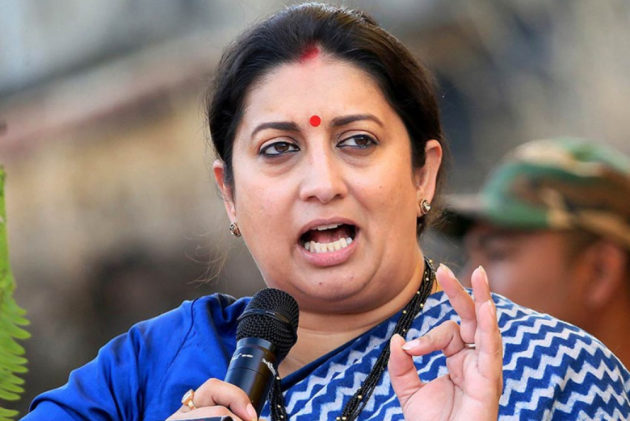 Union Minister Smriti Irani on Sunday alleged that the development has not reached Uttar Pradesh’s Amethi, since the constituency was ruled by the Congress’ Gandhi family.

"I am deep in the interiors of Amethi. Network connectivity is a challenge in some of the villages here. Many presume this was a constituency ruled and not served by the Gandhi family for five decades and hence, would not be in want of any infrastructure,” said Irani, who is Minister of Women and Child Development.

She said she was unable to join the organisation's conference in the morning, as she was deep inside the interiors of Amethi, where it was "a struggle" to connect to the internet.

"However, the struggle today itself to connect with you (Seva Bharati) is significant enough for you to recognise that even under their (Gandhis) leadership, in their own constituency, development has not reached every single family," she said.

She said that with the endeavour to ensure development reaches all parts of the constituency, she is going from village to village to find out their needs. (With PTI inputs)