Jayalalithaa’s memorial to be inaugurated on the same day 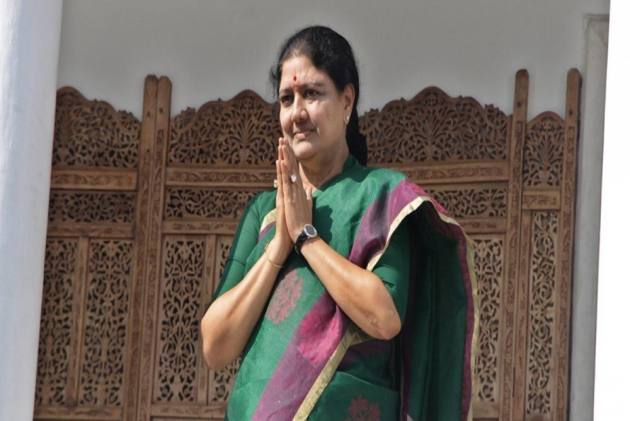 The ruling AIADMK appears set for a political churn as it was officially confirmed today that Sasikala Natarajan, the aide of former Chief Minister Jayalalithaa, will be released from prison on January 27.

“We received a formal communication from the prison authorities today that Sasikala madam will be released next Wednesday, Jan 27,” her lawyer Raja Senthroopandian confirmed today. After her release was publicized, the AIADMK government announced that the memorial for Jayalalithaa on the Marina beach would be declared open on the same day. Apparently, the inauguration is aimed at demonstrating that only Chief Minister K. Palaniswami and his deputy O. Panneerselvam were the true political heirs of Jayalalithaa and not Sasikala.

An assertive Palaniswami even told reporters at Delhi today that there was no question of readmitting Sasikala into the AIADMK. And to assess the loyalty of the party’s top functionaries he also summoned a meeting of the party’s district secretaries on Friday, Jan 22. “Since a few leaders from the southern district appear to be in a dilemma the party leadership wants to make sure that no one steps out of line,” said a senior office bearer of the party. Already Jayalalithaa's Poes Garden bungalow, where Sasikala used to live, has been acquired by the state government to be converted into a memorial.

Coincidentally Sasikala had slapped her hand on Jayalalithaa’s grave and had sworn to bounce back before proceeding to the Bengaluru jail in Feb 2017. So the inauguration of the memorial, resembling a phoenix bird and built during her absence, is aimed at taunting her on the day of her release. Whether she would rise like a phoenix after her four-year incarceration would be keenly watched ahead of the April assembly elections.

After she went to jail the AIADMK had expelled her and her nephew TTV Dhinakaran and abolished their posts in the party. Instead, Palaniswami and O. Panneerselvam assumed leadership positions by creating new posts even while taking complete control of the government. This compelled Dhinakaran to float his own party Amma Makkal Munnetra Kazhagam (AMMK) and he kept the post of general secretary vacant for Sasikala.

The BJP, meanwhile, is pressurizing the AIADMK and AMMK to work out a quick merger so that the anti-DMK votes do not get split. An internal assessment of the AIADMK also feels that the AMMK would cut into the AIADMK’s vote bank in at least 50 Assembly seats in the South and in the Cauvery Delta districts, which would only help the DMK to canter home.

But Palaniswami apprehends that Sasikala’s entry would create another power centre in the AIADMK and erode his authority. Having asserted his hold on the party and the government he does not want Sasikala and Dhinakaran to challenge his primacy, especially after being projected as the Chief Ministerial candidate. If Sasikala is not ready to accept EPS as the CM candidate then a merger cannot happen.

One way out of this tricky situation would be to let the BJP give seats to the AMMK from its quota. Even then the AMMK could fight shy of seeking votes for the AIADMK or EPS since any victory for the AIADMK would only be detrimental to Sasikala. “Such an arrangement may look okay on paper but would not click at the cadre level as both AIADMK and AMMK would be entering the field with a host of misgiving about each other,” admitted a former AIADMK MLA. All said and done the AIADMK and its leadership have to gird themselves for some rough weather in the coming weeks.