‘It is definitely going to benefit the BJP which wants to unleash its top guns in each and every Assembly seat before each phase,’ says a govt official 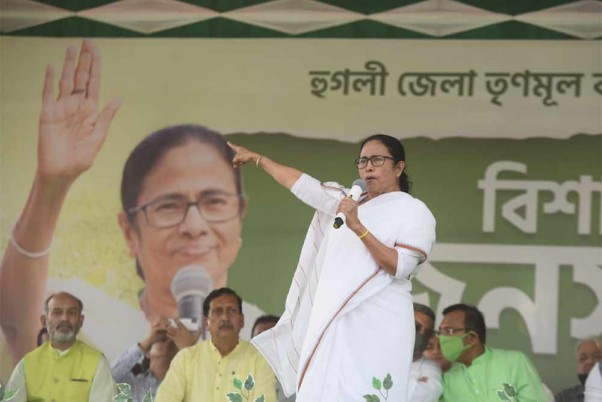 The Election Commission’s decision to stretch West Bengal Assembly polls to an unprecedented eight phases, spread across a month, may have evinced sharp criticism from Mamata Banerjee but the central government says she brought it upon herself by uncontrolled violence in the state.

The West Bengal chief minister had questioned EC’s rationale behind the eight-phase elections, alleging it was done at the behest of Prime Minister Narendra Modi and home minister Amit Shah to benefit the BJP. She had raised the question that if elections could be held in Tamil Nadu – with 234 seats -- in one phase, why did it require eight phases for West Bengal’s 294 seats?

Though Chief Election Commissioner (CEC) Sunil Arora had explained that the decision was taken owing to security concerns in the state, a BJP leader claims that before pointing fingers at the PM and home minister, Mamata should do some introspection about the law and order situation under her. “Election in multiple phases is not new in the state. The 2011 polls were held in six phases and 2016 elections too were held in six but the first phase in Naxal areas was divided over two days, effectively making it a seven-phase election,” says a BJP leader, involved in election management in the state.

EC sources claim that it is not fair to compare elections in West Bengal with those in Tamil Nadu. “Both the states have different issues. Phases are always decided taking the ground situation into consideration. While West Bengal has a history of violence, Tamil Nadu has a problem with expenditure on elections. Bengal needs more security forces, while Tamil Nadu needs expenditure observers, including Income Tax and IAS officers on ground,” says a senior EC official.

It is because of the demand for central paramilitary forces that elections need to be spread over various phases. “The forces need to move from one part of the state to another, from one state to another. The Centre cannot spare enough forces to ensure a single-phase election,” the EC official explains.

In principle, this appears to be sound logic but a government official claims, it cannot be a “completely innocent” decision based only on logistics. “It is definitely going to benefit the BJP which wants to unleash its top guns in each and every Assembly seat before each phase. For a government that talks of holding simultaneous elections in the country, it should be able to manage simultaneous elections in one state at least; or even four states simultaneously,” he says.

Former CEC S.Y. Quraishi suggests that the country should increasingly move towards fewer phases in the age of social media where mischief can be created and narratives built on basis of fake news. “There should be an attempt to make more paramilitary forces available and ideally hold the elections in one phase,” he tells Outlook.