Under PM Modi, It Will Be Possible To Unfurl Indian Flag In PoK: Jitendra Singh 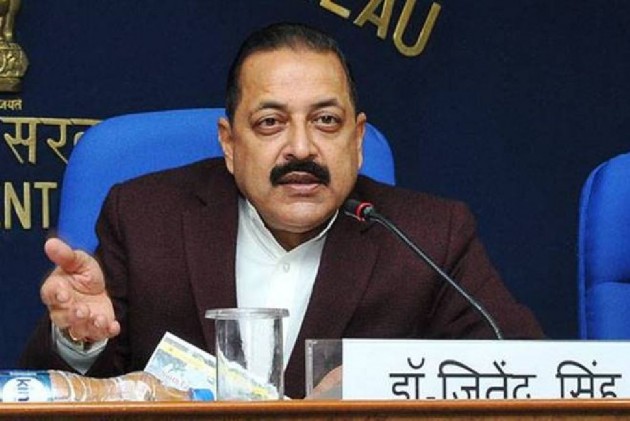 Union Minister Jitendra Singh on Thursday said days are not far off when it will be possible to unfurl the tricolour in Pakistan Occupied Kashmir (PoK).

"I have faith that under the leadership of Prime Minister Narendra Modi, the way New India's caravan is progressing ahead, that day is not far off when it will be possible to unfurl that tricolour or 'Nishan' for which Shyama Prasad Mukherji sacrificed his life in Pakistan occupied Kashmir," Singh said at an event to rename Chenani-Nashri Tunnel in Jammu & Kashmir.

In 2017, Narendra Modi had dedicated to the nation this 9 km-long tunnel that reduces the distance between Jammu and Srinagar by 31 km but due to "some compulsions" this could not be named after Mukherjee, he said.

He further noted that 66 years ago on May 11, 1953, Mukherjee was arrested from Lakhanpur in an illegal manner without any FIR, charge sheet or warning and was taken to Srinagar through this Chenani-Nashri road.

After Mukherjee's death on June 23, 1953, his mother wrote to then Prime Minister Jawaharlal Nehru to hold an enquiry into his death.

"For some reasons then Prime Minister Nehru did not pay heed to that letter, no enquiry was done. It is a new era now. It was Nehru government then, today it is the Modi government. That probe or lapse can not be compensated but this tribute for the coming generation will preserve his heritage and memory.

"The lapse on part of Nehru government has been atoned by Modi government," he said.

The decision to rename the tunnel comes over two months after the abrogation of the provisions of Article 370.

The 'Chenani–Nashri Tunnel' was built at the cost of Rs 2,600 crore. The tunnel, bypassing snow-bound upper reaches, reduces the journey time by two hours and provide a safe, all-weather route to commuters travelling from Jammu and Udhampur to Ramban, Banihal and Srinagar.

The key features of the tunnel are - it is a single-tube bi-directional tunnel, with a 9.35-metre carriageway, and a vertical clearance of 5 metres.

There is also a parallel escape tunnel, with 'Cross Passages' connecting to the main tunnel at intervals of 300 metres. It also has smart features such as an integrated traffic control system; surveillance, ventilation and broadcast systems; fire fighting system; and SOS call-boxes at every 150 metres.