The Union Minister For Tribal Affairs Arjun Munda said when efforts are made to associate with people and understand their problems, things change automatically. 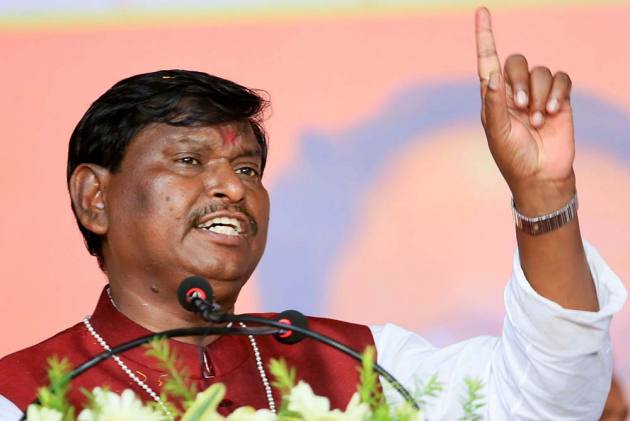 “We believe in how to draw a big line in front of a line, not on trying to erase that (other) line. When we make efforts to associate people by understanding their problems and ensuring them amenities, things will automatically be fine,” Munda said while addressing a presser in the state’s capital.

Munda was on a two day visit to the state.

He said PESA (Panchayat Extension to Scheduled Areas) Act should also be implemented in tribal areas.

He was replying to a query on whether Naxalism was the biggest obstacle in the effective implementation of tribal welfare schemes in Bastar.

Queried on the alleged poor implementation of PESA Act in the state, Munda said adverse and favourable affects are associated with all work and the way forward was to keep in the mind that the "preamble and spirit of the Act remains intact while implementing it".

He said a complete transformation of tribal lives and livelihoods across the country and progress towards 'Atmanirbhar Bharat' (self-reliant India) was the mission of all Central sponsored schemes, including Van Dhan Project.

He said the Trifood Park of Bastar, which focuses on value addition, quality management and ensuring a market for forest produce, will be developed as a model for the country.

Munda also held a meeting with Chief Minister Bhupesh Baghel where the former appreciated the works done by the state in terms of collection and value addition of minor forest produce and employment generation amid the coronavirus pandemic, a state public relation official said.

"In the last two years, encouraging results were witnessed in collection and value addition of forest produce in Chhattisgarh, with coordination between the state government and TRIFED (the Tribal Cooperative Marketing Development Federation of India)," Munda said.