The for Cultural Heritage Conservation is a big achievement for INTACH and Kashmir society as this is the first international award given to cultural heritage in Kashmir, says Saima Iqbal 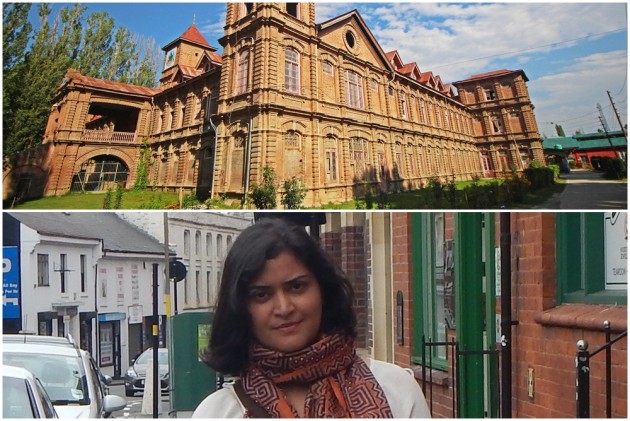 As Amar Singh College, Srinagar has been awarded the prestigious Award of Merit in the Unesco Asia-Pacific Awards for Cultural Heritage Conservation, conservation architect Saima Iqbal from the INTACH, Kashmir chapter, who led the conversation projects, says it is a big achievement for INTACH and the collective Kashmir society as this is the first international award given to cultural heritage in Kashmir. This award, she says, is also important because a significant part of Kashmir society deeply connects with this building as part of its alumnus.

While recognizing the prestigious award, Unesco Asia-Pacific Jury said, “The restoration of the Amar Singh College brought back one of the most prominent institutional buildings in Kashmir to its former glory. Undertaken with a high level of technical proficiency, the project reversed major deterioration resulting from years of inappropriate additions, poor maintenance, and catastrophic events such as the unprecedented flooding in 2014.”

“The project team’s meticulous attention to original building design and materials involved training a new generation of building artisans in brick and stone masonry. Competently led by INTACH Kashmir Chapter with support from the local government and a group of community stakeholders, the project serves as a noteworthy model for safeguarding a unique 20th-century architectural asset in the Victorian neighbourhood of the old city of Srinagar,” the jury said.

Saima Iqbal says one of the most challenging tasks was to reinstate the two missing monolithic stone keys which each weighed more than 20kg and had to be carefully lifted to the second floor and placed in their original position.

Here are excerpts from Saima Iqbal’s interview with Outlook:

Big achievement for INTACH and the collective Kashmir society as this is the first international award given to cultural heritage in Kashmir. This award is also important because a significant part of Kashmir society deeply connects with this building as part of its alumnus. The Unesco Asia-Pacific Awards for Cultural Heritage Conservation are meant to encourage recognition and promotion of cultural heritage in the region and are given to best practice projects that reflect a clear understanding and application of various criteria, such as the articulation of the spirit of place, technical achievement, appropriate use or adaption, and the project’s engagement with the local community and its contribution to enhancing the sustainability of the surrounding environment and beyond. Of the 48 entries from 9 countries, only 7 projects have been awarded this year in various levels and categories.

Q) What were the challenges in the restoration of the project?

Many, such as the soft nature, and very eroded the quality of external brickwork, and also repairing the cracks in towers where sometimes the masons would hang precariously from the roof edge. It was also challenging to excavate the perimeter drain to expose the original plinth built-in ashlars so that the digging would not damage any of the stones. A lot of excavation had to be carried out to restore the original levels but then we had to take appropriate measures to make sure water-logging issues are addressed as best as possible, given the low-lying situation of the site. One of the most challenging tasks, however, was to reinstate the two missing monolithic stone keys which each weighed more than 20kg and had to be carefully lifted to the second floor and placed in their original position. The process took about 5 hours each. The progress of the project would sometimes be impeded by bad weather or political unrest.

Q) How much 2014 floods had damaged the college building?

It was reported that the college had lost about 40,000 books of which some were rare publications but that apart when we took up conservation, the building, including all the beautiful decorative elements such as wooden brackets and eaves-board, was covered in dirt and mud from flooding and pressure cleaners to clean these surfaces had to be very cautiously used so as not to destroy the soft bricks or to make the building too damp.

Q) Was 2014 only responsible for the damage of the building or it had also suffered due to lack of attention and inappropriate interventions over the years?

No, in fact, our original conservation plan for Amar Singh College was prepared prior to floods in 2013-14 and highlighted issues that had emerged from lack of care and inappropriate interventions and structural damage over several years. However, subsequent to the flood in 2014 we had to revise the Plan with a new approach and budget. In fact, the building is robust enough that apart from making the building excessively dirty and wet, no major damage was caused to it by floods. I hope somewhere in the future, a flood mitigation plan for Gogji Bagh and Wazir Bagh is implemented so that the jewels of colonial heritage that exist there are not so severely impacted by flooding as they did in 2014.