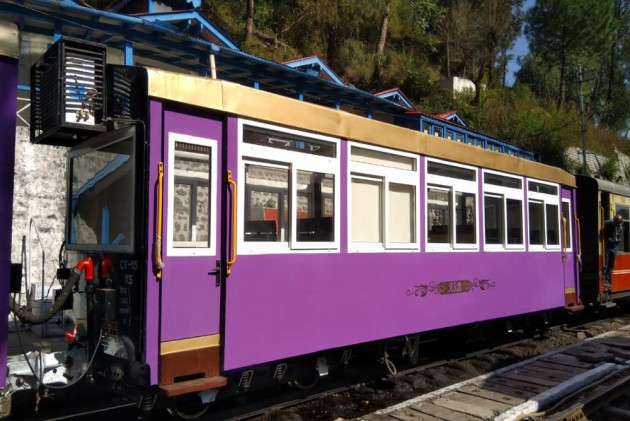 The UNESCO World heritage Shimla-Kalka narrow-gauge railway line – a British landmark – is all set to see a major makeover with all its coaches to be replaced.

By August 15, 2022 – when India celebrates 75th year of Independence – the tourists travelling on this 96-km track, will have a completely new experience through panoramic Himalayan landscapes and 103 tunnels.

The railway track has 969 bridges, small and big, besides 912 curves and 103 tunnels. The longest tunnel at Barog is 60 feet.

Union railways minister Piyush Goyal said his plan to increase the speed of the train on this track did not succeed because of topography and speed gradient.

“But, after a meeting with railway officials and taking a ride on the train myself, I have come up with a plan to get a new survey done. Some patches, where the gradient is not sharp, can undergo some realignments without interfering with its basic Unesco heritage character,” he said.

Goyal, who also had a meeting with Chief Minister Jai Ram Thakur and top government officials, said orders have been issued to the Research Design and Standards Organisation (RDSO) to study new alignment possibilities so that the train speed is increased.

All coaches running on this track are quite old and perhaps made at Kalka railway factory. A new design has now been given to introduce coaches with large glass windows and glass sky-roof .Those travelling in these coaches will experience a real luxury feeling and can capture the pine-dotted Himalayan view and blue sky.

A similar experience will also be taken to replace the coaches of Pathankot-Jogindernagar narrow gauge railways. He ruled out the possibilities of converting the narrow gauge to broad –gauge line due to existing bridges and small tunnels.

Goyal said a budget allocation of Rs 770 crore has been made for infrastructure projects and safety works in Himachal Pradesh for the year 2021-22.This is 613 per cent more than the average allocation during the period 2009-2014.

With Baddi-Brotiwala emerging as Asia’s biggest pharma hub and a lot of textile units there, the Chandigarh-Baddi railway line is expected to boost industrial production and manufacturing in a big way, the chief minister hoped.

Asked about connecting Ladakh with railway line through Himachal Pradesh in view of strategic needs of the country, Goyal told mediapersons, “It is definitely important not only strategically but even for travel or tourism point of view. We can work on a proposal on the lines of Switzerland or other European countries. Instead of building a railway line, which is almost impractical, we can have some innovative network for mobility.”