Thakur has covered over 600-km during his five-day yatra during which around 90 events have been organised in the state. 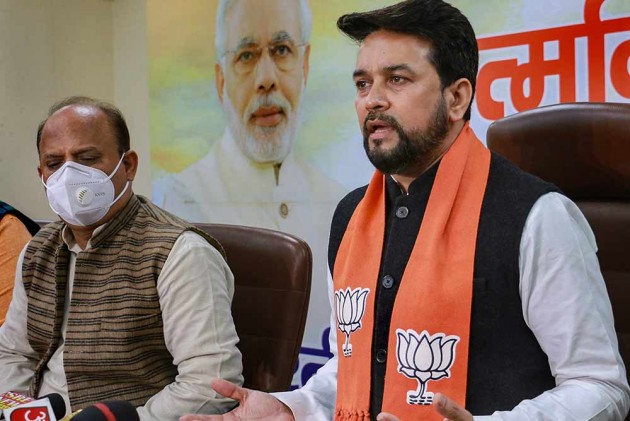 Union minister Anurag Thakur concluded his five-day-long Jan Ashirwad Yatra on Monday in the midst of fanfare. Thakur had started his journey on August 19 from Chandigarh.
Jan Ashirwad is an exercise that all newly inducted Ministers in the expanded union cabinet has been asked to conduct in their respective constituencies.
Thakur has covered over 600-km during his five-day yatra during which around 90 events have been organised in the state.
His main message through the yatra was to carry Modi government’s policies to people. Thakur’s yatra started from Chandigarh’s Himachal Bhawan on Thursday and then moved towards Parwanoo, Dharampur, and Solan.
“The policies of the Modi government will be taken to the people. And we will seek their blessings," while addressing a rally.
It was Thakur’s first visit home after taking charge of two important ministries during the recent cabinet reshuffle.
Thakur covered 35 Assemblies spread across eight districts and at each was welcomed by a large audience.
Anurag Thakur is a four-time MP from Hamirpur. (With PTI inputs)