Leopard Population Up By 60% In India In 4 Years: Minister Prakash Javadekar 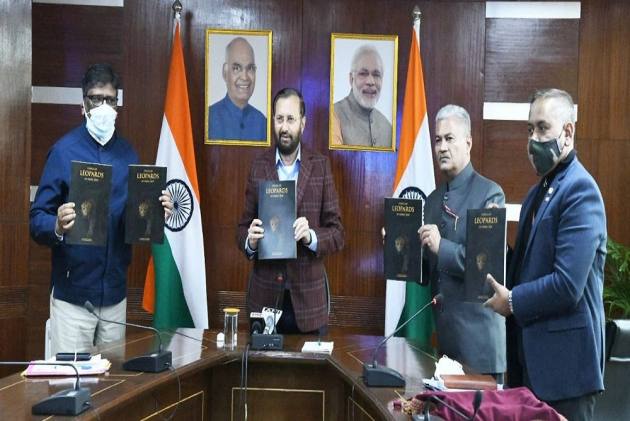 India's leopard population increased from 8,000 to over 12,500 in four years since 2014, Environment Minister Prakash Javadekar said on Monday, asserting the rise in their numbers following similar reports on tiger and lion shows the country is protecting its ecology and biodiversity well.

Releasing the ''Status of Leopards in India 2018'' report, the minister said, the leopard population has been estimated using the camera trapping method.

"More than 60 per cent increase in their population has been recorded," the minister said.

"There were 8,000 leopards in 2014. The increase in the population of tigers, Asiatic lions and now leopards, shows how India is protecting its environment, ecology and biodiversity," Javadekar said.

In a tweet after releasing the report, Javadekar congratulated the three states with the highest leopard population.

"Congratulations to the States of MP (3,421), Karnataka(1783) and Maharashtra(1690) who have recorded the highest leopard estimates. Increase in Tiger, Lion and Leopards'' population over the last few years is a testimony to fledgeling wildlife & biodiversity," he tweeted.

Congratulations to the States of MP(3,421), Karnataka(1783) and Maharashtra(1690) who have recorded the highest leopard estimates.

Increase in Tiger, Lion & Leopards population over the last few years is a testimony to fledgling wildlife & biodiversity. pic.twitter.com/LsJcUPOEsr

While releasing the report, Javadekar remarked that monitoring of the tiger in India has clearly shown its umbrella role in the ecosystem, which has shed light on other charismatic species like the leopard.

A total of 5,240 adult individual leopards were identified in a total of 51,337 leopard photographs using pattern recognition software, the report said.

"The leopards were estimated across forested habitats in tiger range areas of the country but other leopard occupied areas such as non-forested habitats (coffee and tea plantations and other land uses from where leopards are known to occur), higher elevations in the Himalayas, arid landscapes and majority of North East landscape were not sampled and, therefore, the population estimation should be considered as minimum number of leopards in each of the landscapes," it said.

As for region-wise distribution, the highest number of 8,071 leopards were found in central India and eastern ghats, which include the states of Madhya Pradesh, Maharashtra, Rajasthan, Odisha, Chhattisgarh, Jharkhand, Telangana and Andhra Pradesh.

In the western ghat region, which comprises Karnataka, Tamil Nadi, Goa and Kerala, there are 3,387 leopards while there are 1,253 leopards in Shivalik and Gangetic Plains which includes Uttar Pradesh, Uttarakhand and Bihar.

In the northeast hills, there are just 141 leopards.