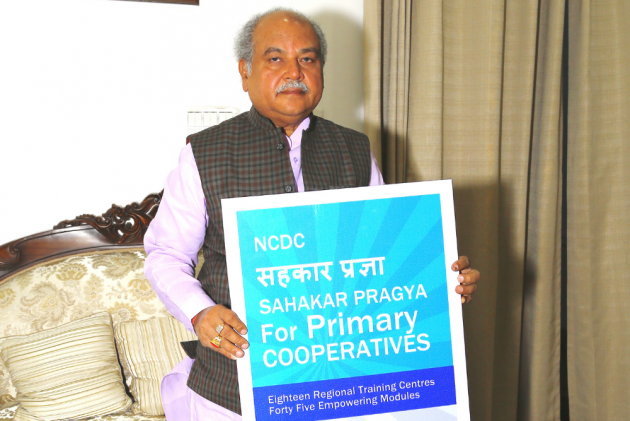 Union minister for agriculture and farmers welfare Narendra Singh Tomar on Tuesday unveiled the Sahakar Pragya initiative launched by the National Cooperative Development Corporation (NCDC). As part of the initiative, 18 regional training centres and 45 training modules for primary cooperatives were launched. The NCDC will run these training centres across the country, along with the Laxmanrao Inamdar National Academy for Cooperative Research and Development (LINAC).

The training modules aim to impart knowledge and organisational skills and attempt to prepare the primary cooperative societies across the country to be able to play a big role in the government’s AtmaNirbhar Bharat initiative.

Sahakar Pragya is part of a series of initiatives taken up by NCDC to strengthen India’s cooperative societies. Earlier, the central body had launched the Sahakar Cooptube NCDC Channel with an aim to involve youngsters in the cooperative movement.

“Today India boasts a huge network of over 8.5 lakh cooperative societies with about 290 million members. Nearly 94% of the farmers in India are members of at least one cooperative society. Cooperatives lend strength to farmers to minimize risks in agriculture and allied sectors and act as shield against exploitation by unscrupulous traders. Cooperatives have a major role in AtmaNirbhar Bharat,” an NCDC statement said.