Ravi Shankar Prasad said that Rahul Gandhi should know that on international matters, like China, questions should not be asked on Twitter. 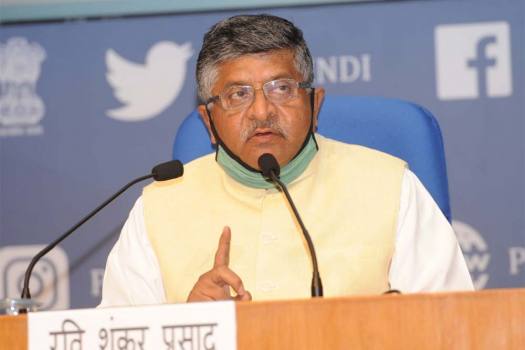 Prasad said that Gandhi should know that on international matters, like China, questions should not be asked on Twitter.

"He is the same man who asked for evidence after Balakot airstrikes and 2016 Uri attack," ANI news agency quoted Union Law Minister as saying.

Gandhi on Wednesday alleged that China had taken away India's territory in Ladakh and questioned the Prime Minister's "silence" on the issue, saying "he has vanished."

"The Chinese have walked in and taken our territory in Ladakh. Meanwhile. The PM is absolutely silent and has vanished from the scene," the Congress leader said on Twitter.

He tagged a news article claiming that China has taken a hard line during military-level talks and has claimed all of Galwan Valley and parts of Pangong Tso.

Gandhi has been asking the government to come clean on the border issue and whether China has taken over Indian territory in Ladakh region.

"Once RM is done commenting on the hand symbol, can he answer: Have the Chinese occupied Indian territory in Ladakh?" the Congress leader had tweeted.

India and China have been locked in a dispute over the heavy military build-up by People's Liberation Army (PLA) where they have brought in more than 5,000 troops along the Eastern Ladakh sector.