Since September 2020, UNITED SIKH has provided tons of food, medicine, lodging, and oxygen concentrators to the protesting farmers. 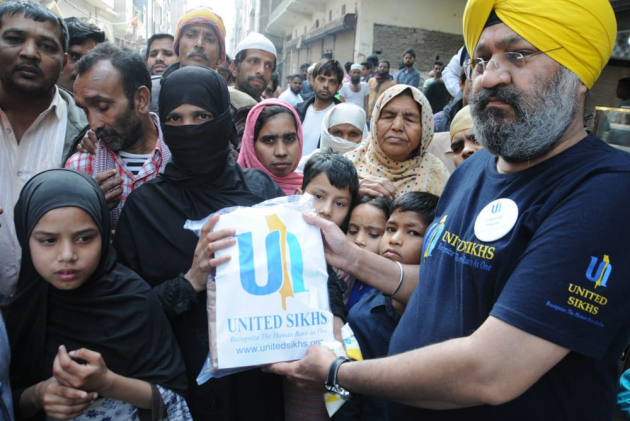 UNITED SIKHS was praised by leaders of Samyukt Kisan Morcha (SKM) and the Delhi Sikh Gurdwara Management Committee (DSGMC) for its role in protecting civil and human rights of protesting farmers in India. In addition to providing food and medical relief since September 2020, the not-for-profit (NGO) international organization has been actively involved in supporting the farmers of India protesting on the borders of the national capital at New Delhi. In January 2021, UNITED SIKHS started free legal aid to the farmers and their supporters who had criminal cases registered against them by the police after the January 26th Republic Day rally that led to mass arrests and many protestors went missing.

The farmers were demanding repeal of three farm laws passed in September last year by the Centre as “anti-peasantry” reforms. Since September 2020, UNITED SIKH has provided tons of food, medicine, lodging, and oxygen concentrators to the protesting farmers. In addition, since January 26, 2021, the NGO, which is a United Nations-affiliated organization that promotes human rights around the world, is also supporting farmers’ alongside lawyers who through SKM and DSGMC fight pending legal cases filed against a large number of these protesting farmers.

“We ensure that the farmers’ loved ones and families get answers about where the missing protestors are and if they were arrested, that the government produces them in court. This way the families get closure about their whereabouts and the persons arrested to get the needed community support while going through this ordeal,” said a UNITED SIKHS Chief Executive Officer, Gurpreet Singh.

Explaining the cases, UNITED SIKHS’ retained lawyer and advocate, Mr. Girdhar Govind, informed that the Delhi High Court has directed the Delhi police to effectively search for the missing persons and file a status report before the next hearing. “The next hearing is scheduled for July 22, 2021, but the process is long,” states Mr. Govind.

Habeas corpus is a petition that is filed with a court requesting that the Court direct the State to produce a person believed to have been arrested and to be in the State’s custody. “At the upcoming hearing on July 22nd, the family of the missing persons is praying and we are hopeful that there will be news from the police about their whereabouts,” said advocate Govind.

UNITED SIKHS attorneys also filed habeas corpus petitions on behalf of Zorawar Singh, 75 years old, of Khanna, Ludhiana, Arjun Singh, 19 years old, of Mohali, and Punveer 19 years old of Ghaziabad. These persons had been missing since the January 26th rally and had not been seen since. A protester named Sumit, of Village Bhagwatipur in Rohtak was also arrested by the Delhi police at Nangloi police station. UNITED SIKHS was key to securing his release through bail. “Timely help from UNITED SIKHS got me the bail to be out of police custody,” says Sumit, who sees UNITED SIKHS as a source of needed support for India’s vulnerable farmers.

“The grant of bail to the accused is not the end, as it only means release from the custody till found guilty of an offence. The procedure of trial is long and process-driven. We will support the farmers whosoever approaches us for help during their trials. Three petitions of habeas corpus filed by UNITED SIKHS have been admitted in the Delhi High Court but we would succeed only when the missing persons are found,” said Harpreet Kaur, legal director of the UNITED SIKHS in India.

The efforts of UNITED SIKHS is appreciated by many. Recently, an Economic Times article stated that the organization’s work was lauded by the Mahindra Group boss Anand Mahindra who took to Twitter and stated that “at a time when actions are required more than empty words, the quiet, efficient, selfless work is being done by the nonprofit organisation UNITED SIKHS.”

The SKM legal wing recently commented on the legal work of the organization on its Facebook and social media pages. The head of the SKM legal wing, Prem Singh Bhangu, stated in a video on Facebook that UNITED SIKHS’ legal work “deserves to be recognized.” Mr. Banghu and many others have applauded the work of the organization overall stating on his social media page “It is also to be noted that UNITED SIKHS has been working at the morcha since day one of the India Farmers’ protests.''

UNITED SIKHS provides much-needed humanitarian aid and relief to the neediest cases. The aid UNITED SIKHS provided included hundreds of pounds of food and water and the creation of medical aid camps in the areas where protesting farmers had settled. This included an eye clinic. “It also included tent cities, RO systems, acquiring and delivering oxygen concentrators and emergency medical supplies,” Bhangu added. “We will cooperate and work together in the future,” added Bhangu. “We will try to fight out those cases falsely registered against the farmers”, he announced.

DSGMC President Manjinder Singh Sirsa also recently praised the work of UNITED SIKHS in a message on his Instagram page. He wrote, “The global organization UNITED SIKHS is committed to the cause of safeguarding human and civil rights and ensuring justice for Sikhs in many parts of the world. I wholeheartedly appreciate their work done at various borders on Kisan morcha. DSGMC will continue to work with them on legal and humanitarian issues.”

Mr. Gurpreet Singh stated on behalf of UNITED SIKHS, “Our motto is ‘recognize the human race as one.’ We will continue to spread this message throughout the world through our seva.”