Earlier, a trial court had convicted Senger for the death of the Unnao rape victim's father 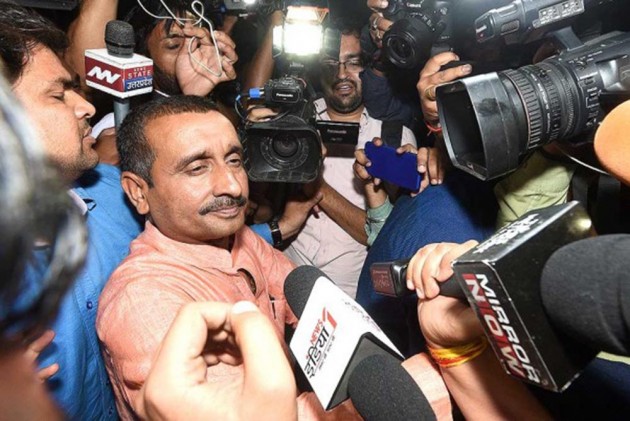 The Delhi High Court on Monday directed the Central Bureau of Investigation (CBI) to file a status report regarding former MLA Kuldeep Singh Sengar’s appeal challenging his conviction in the custodial death case of the Unnao rape victim's father. Justice Anu Malhotra directed the agency to submit its reply within two weeks and listed the matter for further hearing on January 12.

The high court on November 6 issued notice to the CBI on Sengar’s appeal against his conviction and 10-year jail term and had also asked the agency to respond to his application seeking suspension of the sentence till pendency of the appeal.

During the hearing, CBI’s counsel sought additional time to file the status report claiming that the investigating officer probing Senger’s case is also probing the UP’s Hathras rape case due to which he could not file the reply on time.

Meanwhile, advocate Kanhaiya Singhal, representing Sengar, submitted that he has a strong case seeking suspension of his sentence.

Sengar, who was also imprisoned for the "remainder of his natural biological life" for raping the minor Unnao girl, was stripped of his membership as a lawmaker of the Uttar Pradesh Assembly on February 25 following his conviction in the rape case.

The rape victim’s father was arrested under the Arms Act and had died in custody on April 9, 2018 allegedly after being subjected to police brutality while in custody.

On March 4, Sengar, his brother and five others were convicted for the death of the victim's father by a trial court which sentenced them to 10 years imprisonment on March 13. The court had also imposed a fine of Rs 10 lakh on Sengar.

Senger has now requested the Delhi HC to set aside the verdict of the trial court by which he was convicted and sentenced in the case.

In his appeal, Senger said, “It is imperative for a fair trial that the investigating agency, prosecution and witnesses present the true facts before the court.” Sengar claimed this case was an offshoot of a long-drawn political rivalry and deep-seated animosity existing between two political factions.

The trial court, which did not hold the accused guilty of murder under the IPC, but awarded maximum sentence for the offence of culpable homicide not amounting to murder under Section 304 of the IPC after holding that there was no intention to kill. However, the court added that "no leniency" can be shown for killing a family's "sole bread earner".

Besides ten years in prison for culpable homicide, Sengar, his brother, the then in-charge of Makhi police station in Unnao Ashok Singh Bhadauria and then sub-inspector K P Singh, Vineet Mishra, Birendra Singh and Shashi Pratap Singh have also been sentenced for other offences. They were held guilty for the offences of criminal conspiracy, punishment for false evidence, giving false information respecting an offence committed, causing disappearance of evidence of offence, false charge of offence made with intent to injure, voluntarily causing hurt, wrongful restraint under the IPC and under the Arms Act.

The court had earlier acquitted other accused-- constable Amir Khan, Shailendra Singh, Ram Sharan Singh and Sharadveer Singh -- giving them the benefit of doubt in the custodial death case.

On December 20 last year, Sengar was sentenced to jail for "remainder of his natural biological life" in a separate case for raping the minor daughter of the deceased in 2017. The case was transferred to Delhi from a trial court in Uttar Pradesh on the directions of the Supreme Court on August 1, last year.