Unnao Rape Case: FIR Against Victim, Kin For 'Forging' Age Certificate To Prove She Was Minor

The police said the case was registered at the Makhi police station on court's December 17 order against the family members for various alleged offences of cheating and forgery. 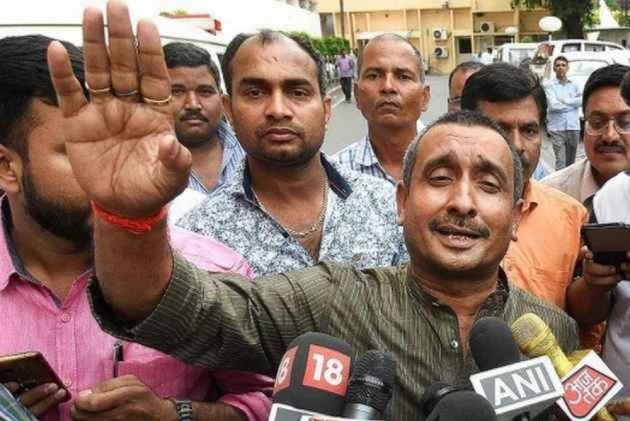 In the infamous Unnao rape case that involves Bharatiya Janata Party (BJP) MLA Kuldeep Singh Sengar, based on orders of the court, an FIR has been registered against the victim, her mother and her uncle for producing a forged age certificate to prove she was a minor.

The court ordered registration of a case against the three on a complaint by the father of another rape accused Shubham, who is in jail, said SP Harish Kumar Thursday.

He said complainant Harpal Singh had alleged that the victim, her uncle and mother had procured a forged age certificate to implicate his son Shubham in the rape case, said Kumar.

The police said the case was registered at the Makhi police station on court's December 17 order against the family members for various alleged offences of cheating and forgery.

Complainant Singh had moved the court saying the school transfer certificate, purportedly made by Raebareli school and produced as the age certificate, was forged to frame his son, police said.

The victim's uncle is presently in jail in connection with another case.

Harpal Singh's wife Shashi and son Shubham are accused in the rape case and have been in jail since April along with the main accused, BJP legislator Kuldeep Singh Sengar.

Sengar, a four-time MLA, was charged by the CBI with raping the girl at his residence in Makhi village on June 4 last year.

The girl was again abducted and raped by a separate group of accused, allegedly including Harpal Singh's son Shubhan Singh, his driver Naresh Tiwari and one Brijesh Yadav between June 11 and June 20, 2017.

But in his complaint, Harpal Singh alleged that the victim had an affair with a man named Awadesh Tewari, with whom she had eloped in September 2017, only to return sometime later.

After her return, her family had begun persuading his son Shubham to marry her, alleged Harpal Singh in his complaint.

When Shubham refused to marry her, the family filed a case against him and his mother on charges of kidnapping as well as various offences under the Protection of Children from Sexual Offences (POCSO) Act, alleged Haripal Singh.

He also alleged that the victim's kin had forged her age certificate with a fake date of birth, purportedly issued from a school in Raebareli as proof.

The certificate purportedly had the signatures of the Basic Shiksha Adhikari of the district and the school principal.

Singh claimed both the education department official and the school principal have denied signing the certificate.

The victim had alleged that she was raped by BJP MLA Kuldeep Sengar at his residence on June 4, 2017, when she had gone there to meet him along with Shashi Singh, Shubham's mother, to seek a job.

In February, the girl's family had moved the court for inclusion of the MLA's name in the case.

The state police registered a case on April 12, 2018, on the day of handing over the probe to the CBI.

Meanwhile, the victim's father was booked by the police under the Arms Act on April 3 and put in jail on April 5 where he died on April 9, 2018.

A video, purportedly showing the victim's father before his death accusing the MLA's brother of assaulting him had then gone viral.

Sengar's brother Atul Singh, was arrested along with four others, by the UP Crime Branch, for allegedly thrashing the victim's father.

Frustrated with the alleged police inaction and coercion from influential people, the minor victim had attempted self-immolation in front of Chief Minister yogi Adityanath's residence on April 8, 2018.

The Yogi Adityanath-led BJP government's "inaction" against the party MLA had drawn scathing criticism from the Allahabad High Court.

The state government had subsequently transferred the case to the CBI nearly 10 months after the commission of the alleged crime. Sengar was arrested by the CBI on April 13 and has been in judicial custody since then.

A second arrest in the case was made on April 14 when Shashi Singh, who had taken the victim to Sengar's house, was held.