Unnao Rape Case: From Self-Immolation To Car Accident, Here Is All You Need To Know

Expelled BJP MLA, Kuldeep Sengar, has been convicted for raping a woman in Unnao in 2017. Here is all you need to know about the case. 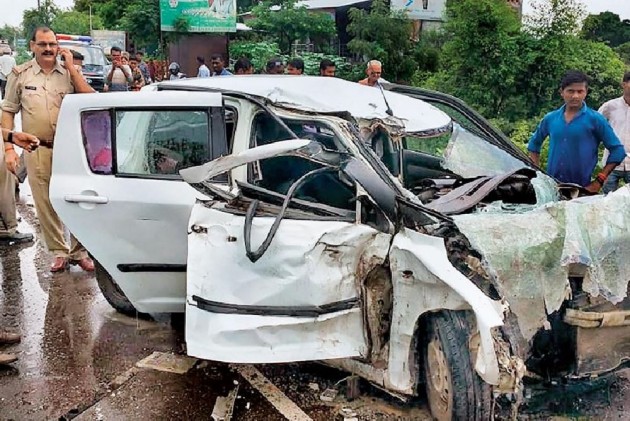 A Delhi court on Monday convicted expelled BJP MLA, Kuldeep Singh Sengar for raping a woman in Unnao in 2017.

The woman was kidnapped and raped by Sengar and his accomplices when she was a minor. The case made headlines in July this year when the rape survivor and her lawyer were critically injured in a car accident.

Here is all you need to know about the case:

A Rape, Many Bodybags: Unnao Case Underscores Clout Powerful People Wield, And Damage They Can Do

On June 4 in 2017, a 17-year-old girl went missing from a village in Unnao, Uttar Pradesh. Her family members filed a missing person complaint.

On June 11, the woman was found in Aurraiya, U.P. She alleged she was gang-raped by Sengar, his brother Atul Singh Sengar and their accomplices. The next day, a case was registered under Sections 363 (kidnapping) and 366 (kidnapping a woman to compel her for marriage) of the Indian Penal Code.

The case came into focus again when the father of the rape survivour was thrashed by Atul, one of the accused and brother of the BJP MLA, Sengar on April 3, 2018. Both the sides lodged complaints against each other. The police arrested the father of the woman.

The case made headlines and grabbed the attention of the country on April 8 when the rape survivour set herself ablaze near Chief Minister Yogi Adityanath's residence. She alleged police were not acting against the accused and that her family was being threatened. A day later, her father, beaten by Atul and his accomplices, dies in police custody. The post-mortem listed several injuries on the body and cites "blood poisoning due to perforation of colon" as the cause of death.

On April 11, the woman and her family are lodged in a hotel room for security reasons. A day later, Sengar, Atul and their accomplices, named in the FIR, are arrested by the CBI. On April 14, the CBI arrests the woman who allegedly took the rape survivour to Sengar on the day of the crime.

On August 18, Yunus, a key witness of the assault dies in judicial custody. The girl's uncle alleges he was poisoned to death. Yunus was buried without an autopsy.

Almost a year later, on July 2, the uncle of the rape survivor is convicted in a 19-year-old case of attempt to murder and sentenced to 10 years in prison. The case had been filed by accused Atul Singh.

The apex court, taking cognisance of the rape survivor's letter written to the Chief Justice of India Ranjan Gogoi, had on August 1 transferred all five cases registered in connection with the Unnao rape incident from a Lucknow court in Uttar Pradesh to the court in Delhi with directions to hold trial on daily basis and completing it within 45-days.

On August 5, the rape survivour, who was battling for her life in a Lucknow hospital, was airlifted to AIIMS, Delhi through a green corridor.

The judge heard the case on a day-to-day basis from August 5 after it was transferred to Delhi from a court in Lucknow on Supreme Court's directions.

On December 16, the Delhi court convicted Sengar for kidnapping and rape of the woman. It, however, acquitted co-accused Shashi Singh of all charges.