A Delhi court had awarded life imprisonment, till the remainder of life, to Kuldeep Sengar for raping a woman in Unnao in 2017. 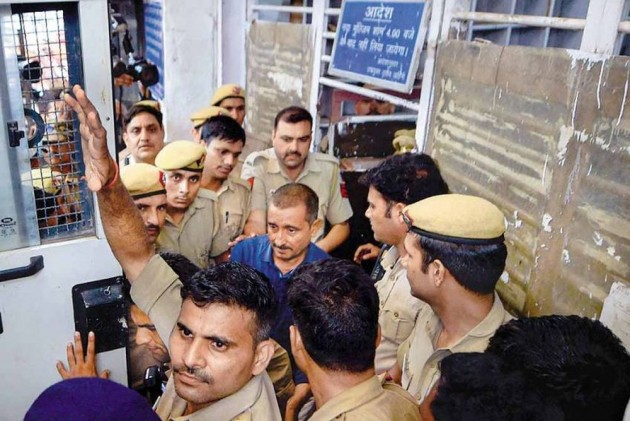 A Delhi court had awarded life imprisonment, till the remainder of life, to Sengar for raping a woman in Unnao, Uttar Pradesh, in 2017.

The court had also imposed a fine of Rs 25 lakh in the case.

The CBI had sought maximum punishment for Sengar, saying it was a fight for justice of an individual against the system. It also sought adequate monetary compensation for the rape survivor.

Also Read | Unnao Rape Case: From Self-Immolation To Car Accident, Here Is All You Need To Know

The court had on December 16 convicted Sengar for rape under the Indian Penal Code and the POCSO Act for offence by a public servant committing penetrative sexual assault against a child. The rape survivor was a minor when she was assaulted. The court had adjourned till December 20 the hearing on order for the quantum of sentence against expelled BJP MLA Kuldeep Singh Sengar.

The apex court had taken cognisance of the rape survivor's letter written to the former Chief Justice of India, Ranjan Gogoi, and transferred all five cases registered in connection with the Unnao rape incident from a Lucknow court in Uttar Pradesh to the court in Delhi with directions to hold trial on daily basis and completing it within 45-days.

Also Read: A Rape, Many Bodybags: Unnao Case Underscores Clout Powerful People Wield, And Damage They Can Do

On July 28 last year, the car of the survivor was hit by a truck and she was severely injured. The woman's two aunts were killed in the accident and her family had alleged foul play.