National Commission for Women chairperson Rekha Sharma said a team of the Commission will visit the victim and her family members in Unnao on Tuesday. 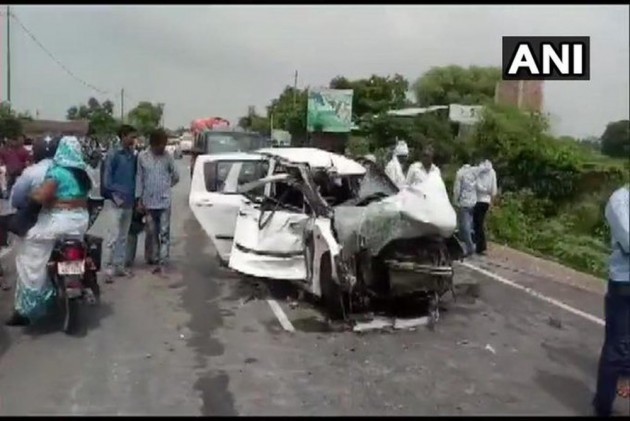 A day after the Unnao rape survivor was critically injured in an accident,  the National Commission for Women Monday urged the Uttar Pradesh police to ensure a free, fair and speedy probe in the case in which a BJP MLA is an accused.

NCW chairperson Rekha Sharma said a team of the Commission will visit the victim and her family members in Unnao on Tuesday.

They will also hold a meeting with the Uttar Pradesh police to get details of the probe, Sharma said.

‘Not An Accident, It’s A Conspiracy To Eliminate Us’: Unnao Rape Survivor’s Mother

On Sunday, the rape survivor, her paternal and maternal aunts along with their advocate met with an accident while on their way to meet her uncle, who is lodged in Rae Bareli jail, police said.

The woman's maternal aunt succumbed to injuries in a district hospital and the others were transferred to a trauma centre in Lucknow, police said.

BJP MLA Kuldeep Sengar, who is an accused in the rape case, was arrested on April 13 last year.

"The Commission is seriously concerned about the unfortunate incident considering the gravity of the matter, it is requested to ensure absolutely free, fair and speedy investigation into the matter and take action deemed appropriate for the crime committed," the NCW said in its notice to UP DGP O P Singh.

"The Commission also demand that the NCW be kept apprised at every stage of the investigation," according to the notice.