UP BJP MLA Claims Over 40 Children Died In Firozabad Due To Dengue, Blames Health Department

Uttar Pradesh Health Minister termed the Firozabad MLA’s claims ‘wrong’ and said no such reports have been received. 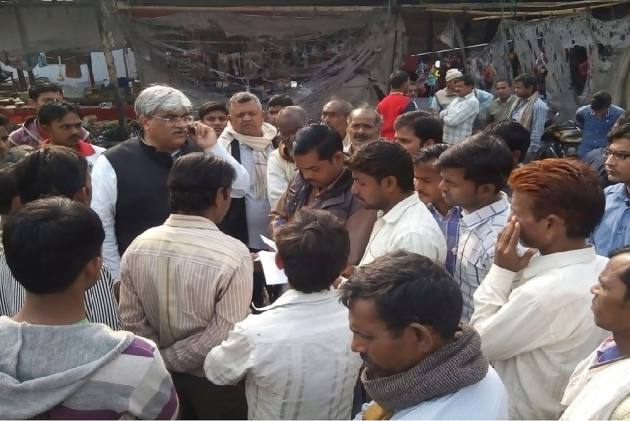 BJP MLA from Uttar Pradesh's Firozabad Manish Asija on Sunday claimed that over 40 children have died due to dengue in the district over the past week and blamed the state health department and the local civic body for the "tragedy".

"More than 40 children have died in Firozabad due to dengue since August 22-23. This morning, I received the sad news of (the death of) six children," Asija said, adding, “Most of these children were in the 4-15 age group."

However, Health Minister Jai Pratap Singh termed the MLA’s claims "wrong" and said no such reports have been received.

In a video, the MLA is heard blaming the municipal corporation for not acting in time to prevent the breeding of mosquitoes.

"Wherever dengue made children its prey, their houses were surrounded by garbage and there was waterlogging... mosquitoes could breed anywhere," he said.

"I want to say this in front of the camera with full responsibility that under the leadership of Yogi ji, 50 vehicles were given to the municipal corporation for cleanliness work," he said.

The vehicles came in April but they remained stationed in one place for four months before they were used for the first time on Saturday, he claimed.

"The municipal corporation and the health department are to be blamed for this tragedy," Asija said.

"The situation is very bad and I am feeling very sad," he added.

Health Minister Singh dismissed Asija's claims about the deaths of children due to dengue.

"The news is wrong and there is no such report," he said.

Meanwhile, one more person succumbed to fever in Mathura's Koh village, taking the total number of deaths to nine, according to village head Harendra.

Munni Devi, 65, succumbed to fever in the district hospital. With this, nine people, including eight children, have died in the past 10 days in the village, he said.

Dr. Parul Mittal, medical superintendent, Community Health Centre, Farah confirmed the death. However, she said the cause of the death is yet to be ascertained.

Six people from the village have also been hospitalised, the medical superintendent said.