US President Donald Trump and First Lady Melania Trump are scheduled to travel to Ahmedabad, Agra and New Delhi on February 24 and 25. 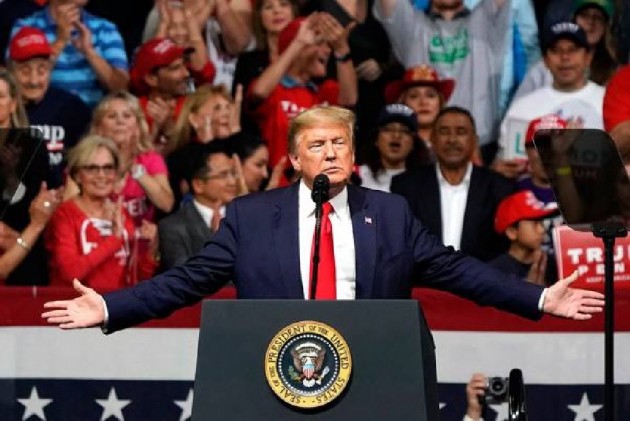 US President Donald Trump has made yet another tall claim about the size of the crowd that will welcome him in Ahmedabad, saying Prime Minister Narendra Modi has told him that there will 10 million people to greet him on his arrival for his maiden visit to India.

President Trump and First Lady Melania are scheduled to travel to Ahmedabad, Agra and New Delhi on February 24 and 25.

Speaking to reporters on Tuesday, Trump had said that Modi told him that "we'll have 7 million people between the airport and the event."

But according to a top civic official in Ahmedabad, the total population of the city is only around 7 million.

The authorities believe that between one to two lakh people are expected to line up along the 22-km route of the road show by Modi and Trump from the airport to the Motera cricket stadium, said to be the world's largest.

"We believe that around one to two lakh people will gather to welcome the dignitaries during the road show," Ahmedabad Municipal Commissioner Vijay Nehra said on Thursday, contradicting the claims made by the US President.

As per the road show route plan, Trump and Modi will first reach the Sabarmati Ashram, a place closely associated with Mahatma Gandhi, from Ahmedabad airport.

Addressing his supporters, Trump spoke about his India visit and said the "Namaste Trump" rally in Ahmedabad would spoil him.