Five Killed In Anti-Citizenship Act Protests Across UP; Internet Suspended In Several Parts

Internet services and SMS of all mobile service providers have been suspended in Lucknow till December 21 noon. 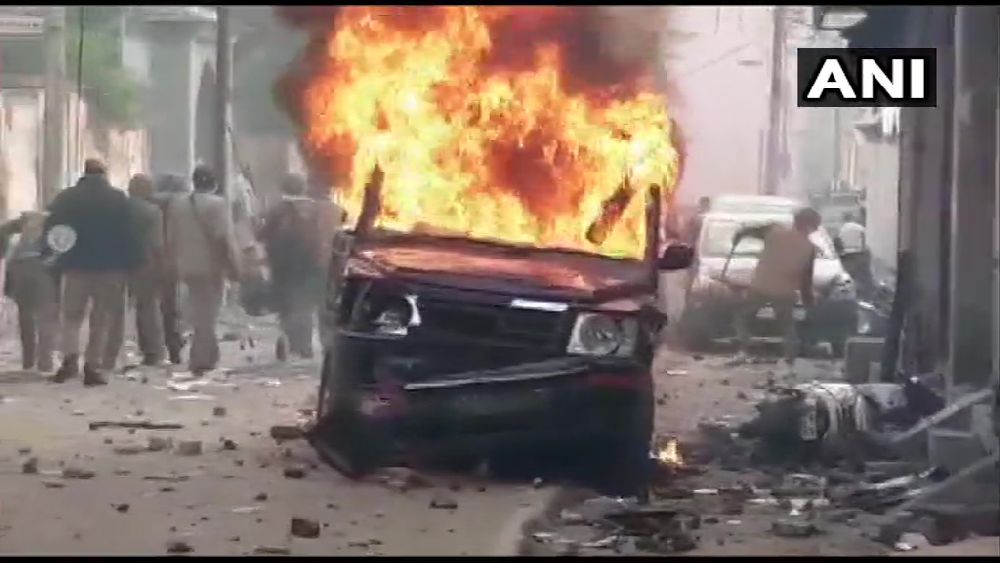 "Of the five casualties, two were reported from Bijnore, one each from Firozabad, Sambhal, Meerut," PTI news agency reported.

Anti-citizenship law protesters clashed with UP police after Friday prayers in several cities previously not hit by the agitation, including Firozabad and Bhadohi, and hurled stones and torched vehicles in some areas when they were stopped from taking out rallies.

The new areas hit by the violence included Bhadohi, Bahraich, Farrukhabad, police said, besides Gorakhpur and Sambhal, which had witnessed violent protests on Thursday too.

Police said they had to use canes and lob tear-gas shells at several places, after protesters turned violent and tried to take out rallies defying the prohibitory orders imposed in the state.

Lucknow and Aligarh, which have been the scenes of violent clashes over the amended citizenship law, however, remained by and large peaceful.

Security had been tightened in the state capital with the deployment of armed police, and senior officials said the Friday prayers passed off peacefully. But shoppers preferred to remain out of the busy markets, a day after a man died during demonstration in the Old City.

Protesters set on fire at least six vehicles, including those of policemen, in Firozabad, forcing police to use tear-gas shells to disperse them and control the situation.

Some policemen were reportedly injured in the clash.

In Bhadohi, a protest-march was taken out but the participants clashed with police enroute. Officials said tear-gas shells were fired and a mild force was used to control the situation.

#WATCH Bahraich: Police resort to lathi-charge to disperse the protesters who were demonstrating against #CitizenshipAmendmentAct. pic.twitter.com/EXtkD61xJO

Large demonstrations were organised in Gorakhpur, the home district of Chief Minister Yogi Adityanath, after Friday prayers and protesters hurled stones at police in at least one place.

Police fired tear-gas shells in Khoonipur area to disperse them. In another area, police lathi-charged protesters. Tension prevailed in Ghantaghar, Shahmaroof, Nakhas, Khoonipur and Ismailpur areas as people came out of mosques in large numbers and demonstrated on streets.

In Aligarh, where a red alert had been sounded by the administration in view of continued protests, Friday prayers passed off peacefully, said SSP Akash Kulhari.

Peace calls were made from mosques in Muslim-dominated areas this morning, including by the Shahr Mufti Khalid Hamed, urging people to not give credence to rumours.

The SSP told reporters officials were talking to community leaders and distributing leaflets to allay fears over the amended law and the proposed exercise to compile the names of genuine citizens through NRC.

In Sambhal district, clashes between protesters and police were reported in Chandausi area.

On Thursday, two state roadways buses were damaged and a case was lodged against local Samajwadi Party MP Shafiqur Rehman Burq and others on Friday for defying prohibitory orders.

Bulandshahr District Magistrate Ravindra Kumar said internet services were suspended at 3 pm. "In order to maintain law and order and communal harmony, all mobile internet services are being suspended from 3 pm on December 20 in entire Bulandshahr. Internet-related loop lines and lease lines too shall remain suspended," he said in a statement.