The 23-year-old woman was taken into custody on charges of extortion and blackmail. Chinmayanand had accused her and three men of demanding Rs five crore from him. 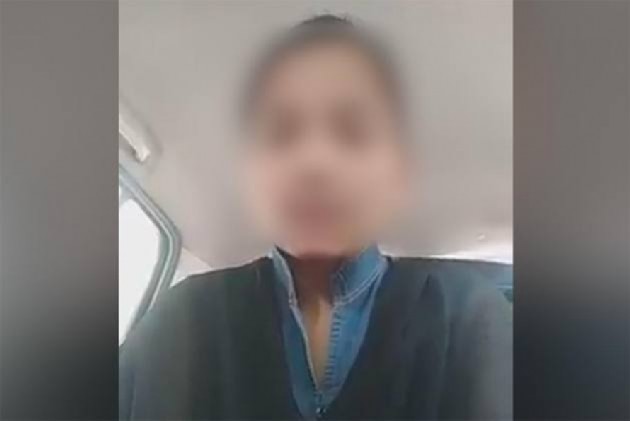 A district court in Shahjahanpur on Tuesday admitted the anticipatory bail plea of the law student' who accused the former union minister and BJP leader Chimayanand of raping and physically exploiting her for a year, PTI reported.

The development comes within hours of the SIT taking the student under its custody on charges of extortion and blackmail.

The sessions court has summoned all records related to the case on September 26, the student's counsel Anoop Trivedi told reporters.

The woman had posted a petition for an anticipatory bail in the district court when the SIT picked her up before the petition could come up for hearing.

Chinmayanand had accused her and three men of demanding Rs five crore from him.

The three men - two of whom are the woman's cousins - have already been arrested on Friday and sent to jail.

Two of the men, Vikram and Sachin, were also taken on remand by the SIT on Tuesday and it is believed that the SIT will question the boys and the woman face-to-face.

The woman, on Monday, had put up a bail application in the Allahabad High Court but the same was rejected and the high court asked her to appeal in the district court.

Chinmayanand, who was arrested on Friday and and sent to 14 days' judicial custody, was shifted admitted on Monday to a Lucknow hospital, where he was tested for cardiac problems.

He has been booked under sections 354 D (stalking), 342 (wrongful confinement) and 506 (criminal intimidation) of the Indian Penal Code.

Instead of Section 376 (rape), the 72-year-old has been booked under Section 376 C, which is usually applied in cases where a person abuses his position to "induce or seduce" a woman under his charge to have "sexual intercourse not amounting to the offence of rape".

If proved, a rape charge can lead to punishment of up to life imprisonment, while someone convicted under Section 376C can be jailed for between five and 10 years.