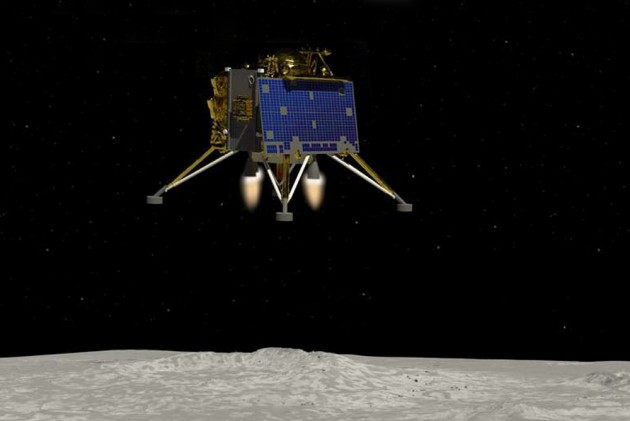 A man in Uttar Pradesh's Prayagraj, who is the namesake of Tamil superstar Rajnikanth, has a bizarre demand.

In a video, doing the rounds on social media since Tuesday, Rajnikant can be seen to be standing on a pillar of New Yamuna Bridge in Prayagraj, refusing to come down till the Indian Space Reseach Organisation 'recovers' the 'Vikram' lander.

The man, according to reports, climbed the bridge carrying the Indian flag on Monday night.

The man has been identified as a native of Manda in Prayagraj, Uttar Pradesh, according to an "indiatoday.in" report.

It's been 11 days now that ISRO's prestigious moon mission went awry when the space research organisation lost contact with Vikram lander of Chandrayaan 2 owing to a last-minute snag that developed after the operation went off smoothly all along.

On September 7, Vikram, while on its descent to soft-land on the Moon's south polar region, apparently lost control and crash-landed there, snapping the communication links.

Despite the setback, the space agency had assured that till date, 90 to 95 per cent of the Chandrayaan-2 mission objectives have been accomplished and it would continue to contribute to Lunar science, notwithstanding the loss of communication with the Lander.

ISRO on Tuesday also thanked Indians in the country and abroad for the support it has received during the Chandryaan 2 mission till date.

"Thank you for standing by us. We will continue to keep going forward propelled by the hopes and dreams of Indians across the world!" ISRO tweeted.

"Thank you for inspiring us to always aim for the sky," the Indian Space Research Organisation said.